Emilie Autumn wants you to Fight Like A Girl with her on her North American Tour
• at Toronto's Mod Club February 17, 2013
• at New York City's Gramercy Theatre on February 22 2013
• Check out the rest of the tour here 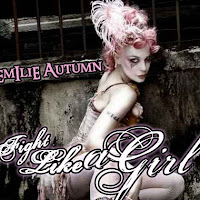 Beautiful, bizarre and brazen sonic seductress and violinist extraordinaire, Emilie Autumn wants you to fight alongside her on this winter's "Fight Like A Girl" tour.

Each show promises to be an unforgettable adventure, and is never the same way twice.  Not a rock show, but a rock opera with a real story to tell, the "Fight Like A Girl" tour will undoubtedly be Emilie Autumn's most memorable run yet.  Whether you're one of her affectionately dummber "Plague Rats" or amongst the uninitiated, this is a lavish and powerfully entertaining spectacle that is not to be missed.

Beyond her dramatic vocal performance which masterfully fluctuates from operatic to filthy industrial and back again (she's notorious for performing Queen's Bohemian Rhapsody as a nightly encore), she elegantly 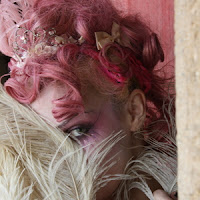 It's more brutal, bloody, and beautiful, "affirms the ringleader with a playful grin.  There's more girl-on-girl action and glitter.  The corsets are even tighter.  It's become Victorian Croughing Tiger, Hidden Dragon.  It's a roller coaster ride.  You're going to feel like you've stepped into a dark Disneyland, and you aren't going to want to leave.