Mathai: From The Voice to A New Single Out Now...

Here's that single from her debut project "Once Again":

Featured on the Voice and picked by Adam Levine within 8 seconds of hearing her sing, Mathai made it very far in the show before eventually being voted off. 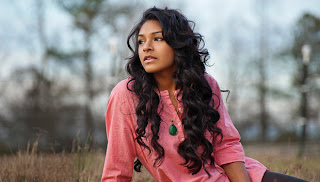 Now she is managed by Outkast's Ian Burke and Stone of Icon Studios in Atlanta. She'll be dropping a single very soon and then a debut indie album to capitalize off all of the buzz she has had since her The Voice debut. We'd like Okayplayer to be apart. On her own her videos generate around 100-200k views per video, and her The Voice debut video is approaching 6 million views, with reactions and comments daily.

Born on November 27, 1992 in Queens, NY, Mathai is the first generation of her family (who hail from India) born in the United States. She was only 3 years old when she started singing, primarily in church events and at the age of 10 her family moved to Dallas, TX to raise the family in a safer area and better school system.

During the next 9 years, Mathai would attend Coppell High School where she maintained her status in the top 10% of her class throughout all four years. Subsequently, she earned a scholarship to study Nursing at Texas Women’s University, and worked hard for a 3.98 GPA. 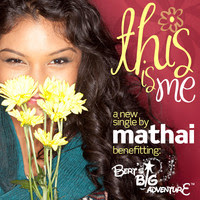 Never thinking music would get her anywhere; singing was always considered more of just a hobby for Mathai. Classically trained in jazz during her childhood, Mathai started developing her unique vocal style around the age of 16 with a sound reminiscent of such artists as Billie Holiday, Norah Jones, Nelly Furtado and Adele.

During the winter of 2010 she had the opportunity to perform during the popular AMTC convention in Orlando, FL where she was discovered by two entertainment executives, and soon thereafter took a break from school to move to Atlanta to pursue her music career.

Her parents, who were once completely against her decision, are now warily but lovingly supportive after seeing how people reacted to their daughter’s talent during the blind auditions for NBC’s hit television show, The Voice Season 2. They realized that there was a definite calling on their daughter to share her gift with the world.

Mathai has been busy since her appearance on The Voice. While prepping her new project, she was tapped by Atlanta's Q100 "The Bert Show" to record a special song for the "Bert's Big Adventure" charity event.

The song is called "This Is Me" and it's in a style that Mathai normally doesn't do, but it definitely shows her versatility! This song has more of a pop vibe, something that the kids whom this charity will benefit will definitely love!

Listen to "This Is Me" below :

"This Is Me" is available on iTunes. Be on the look out for Mathai's first official single that will drop shortly after! 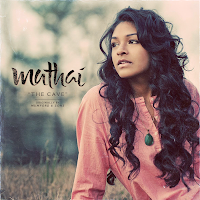 Established in 2002, Bert’s Big Adventure is a 501(c)(3) nonprofit organization that provides a magical, all-expenses-paid, five-day journey to Walt Disney World® for children with chronic and terminal illnesses and their families. To qualify for Bert’s Big Adventure, children must be between the ages of 5 and 12, live in “The Bert Show” radio listening area, prove financial need and have never been to Walt Disney World®.

Following the annual trip, Bert’s Big Adventure provides year-round support through initiatives such as the Reunion Adventures, the Fairy Godparent volunteer program and additional charitable services. The trip and programs create a community of families that establish lasting friendships with others facing similar challenges.