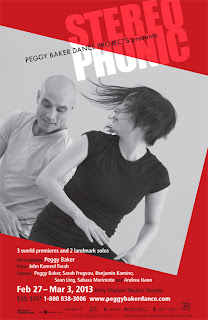 The centrepiece of Stereophonic is the world premiere of Split Screen Stereophonic wherein Baker stretches her already highly-acknowledged artistry. For the first time in her career, she choreographs duets that explore intimate male-female relationships, investigating the chemistry of the personal and private worlds between men and women.  For Split Screen Stereophonic, she examines these worlds from the women's perspectives; but she turns it up a notch by placing two couples simultaneously on a stage cut into right and left halves. These duets juxtapose striking variations and parallels in the relationships. Both women are caught up in a constant negotiation with their partners, veering unstably from intense connection to breakdown and collapse. With a spectacular 40-year career that included two decades of creating and performing solos, this is a major step in Baker's evolution as a choreographer, as she tackles a timeless theme in collaboration with the extraordinary artists of her ensemble.


Also premiering is Aleatoric Solo No. 1. This work for dancer Sahara Morimoto is a spin-off of Baker's 12 dancer/12 hour event created for Nuit Blanche 2010, Aleatoria. The word 'aleatoric' means 'randomly' and describes the chance procedure employed for this collaboration between Baker and Morimoto. Drawing from the ten works from Baker's repertoire that Morimoto has danced, brief sequences of movement were sampled to create an original distillation that embodies Morimoto's history in Baker's work. Each performance pairs Morimoto with improvising musician John Kameel Farah.

The final premiere on the program will be a new solo, choreographed and performed by Baker herself - an examination of the ironies, frustrations, and emptiness of absence and loss.

Rounding out the program are two landmark solos by Baker interpreted by others: Encoded Revision (1996) performed by Benjamin Kamino and In a Landscape (1995), performed by Andrea Nann. Musician John Kameel Farah performs in both works. 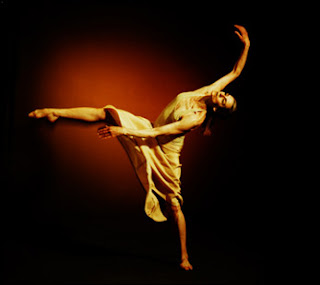 Encoded Revision: The creation of this work was based on the literary form of the palimpsest: a document written on several times, with remnants of earlier, imperfectly erased writing still visible. Buried inside of Encoded Revision, and serving as the original document for the musical palimpsest, is an account of the tragic death of composer Michael J. Baker's great grandfather in a train accident on the Canadian prairies in 1898. Three generations later, the story existed only vaguely in the family's oral history until it was recovered more completely through the composer's research. In every available account - newspaper articles, CPR telegrams and North West Mounted police reports - this intriguing bit of information surfaces: "A tramp, who was stealing a ride, was slightly injured, and started walking east after he had his breakfast."

In a Landscape: A shamanistic meditation on instinct, ritual and transformation, In a Landscape requires the pianist to approach each sound with precision and delicacy, and calls on the dancer to align herself with the constancy, and the flux, of nature's cycles.

Peggy Baker is one of the most outstanding and influential dance artists of her generation. A founding member (1974, and later Artistic Director) of Toronto's Dancemakers, she toured internationally throught the 1980s with Lar Lubovitch's company before joining Mikhail Baryshnikov and Mark Morris as an inaugural member of the Whte Oak Dance Project. She subsequently forged important creative relationships with choreographers Paul-André Fortier (Montreal), James Kudelka (Toronto) and Doug Varone (New York). Her solo debut was made in 1990, and she established her ensemble in 2010. Baker is the recipient of the 2006 Premier's Award for Excellence in the Arts, an honorary doctorate from the University of Calgary, and five Dora Mavor Moore Awards. She is a member of the Order of Ontario and the Order of Canada, and is the recipient of the 2009 Governor General's Performing Arts Award for lifetime achievement in dance. In 2010, she was awarded the Walter Carsen Prize for Excellence in the Performing Arts, and received a Queen Elizabeth II Diamond Jubilee Medal in 2012. She has been the  artist-in-residence at Canada's National Ballet School since 1992. 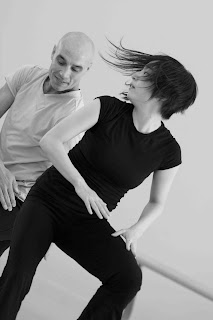 In a Landscape in rehearsal: