“On the Move” is the 2nd full-length album by Jersey City-based group Kiwi, a masterful and joyful celebration of reggae rhythms, soulful vocals, and Latin jazz-inflected harmonies. The band’s 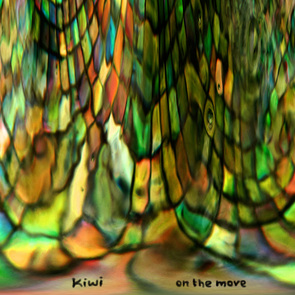 Kiwi’s music is welcoming and eminently danceable, radiating an infectious energy that belies the oft-introspective content of singer-songwriter Alex Tea’s lyrics. Tea, the grandson of a classical violinist, playfully sets melodies inspired by the classical music he grew up hearing against Brazilian jazz chords and an insistent reggae rhythm.

As a singer, Tea is a gentle crooner one moment and a raw-throated proselytizer the next. A lyrical ferocity undercuts the percolating rhythms of many Kiwi songs; a conscious lyrical vision of a world full of injustice as well as possibility. “My poetry leaned left as I was leaning to the right,” Tea sings on the Wailers-evoking album track “Sun Never Set.”

The inspiration for Kiwi’s sound has its origins in Tea’s multiple extended stays in Brazil, beginning with a trip to the ocean-side city of Fortaleza over a decade ago. It was in Fortaleza that Tea first fell in 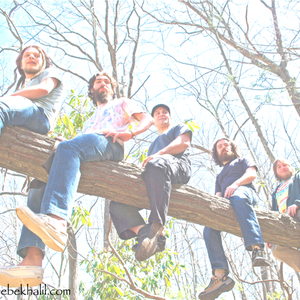 love with the Portuguese language and capoeira, the Brazilian martial art that combines exuberant dancing with powerful strikes and take-down maneuvers. Capoiera was developed in colonial Brazil by enslaved Africans and their descendants, who wanted to keep their battle training a secret from their Portuguese overseers.

"What drew me most into capoiera was the sense of community among everyone involved,” says Tea. “Each roda [capoeira exhibition/match] also had a live soundtrack that featured instruments, melodies, and cadences that I had never heard before." The new album features an original love song sung entirely in Portuguese called “Aprendiz”.

Brazilian instruments also play a large role in shaping the sound of the record; Brazilian jazz aficionados may recognize the sounds of the cuica and agogo, as well as the fishing-pole shaped berimbau. “On the Move” was produced by the band and mixed in upstate New York by Jocko (moresound).

After honing their sound at clubs, parties, and dancehalls in New York City’s Greenwich Village, Philadelphia, and Boston, Kiwi is currently booking its first national tour and seeking label/management representation.