(Toronto) Lost love… friendship… revenge fantasies… Brandy Alexanders… Add a heaping helping of Charlie Sheen, Jason Schwartzman, and Bill Murray and you have the deceptively playful and quirky A Glimpse Inside The Mind Of Charles Swan III, oA pening in Canada February 15 from digital entertainment 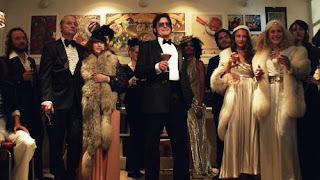 The second full-length feature from writer, producer and director Roman Coppola, A Glimpse Inside The Mind Of Charles Swan III is set in a stylized Los Angeles, where a successful and famed graphic designer discovers the ephemerality of success.

Swan (Sheen) is a man who glides through life on fame, money and charm – the possessor of a seemingly perfect life. But he discovers his happiness is as fragile as a butterfly’s wing when his true love, an enigmatic beauty named Ivana (Canadian actor Katheryn Winnick), breaks off their relationship without warning.

Swan begins to unravel, swirling into a downward spiral of doubt, confusion and reflection. With the support of his loyal intimates - Kirby (Schwartzman), Saul (Murray), and his sister, Izzy (Patricia Arquette), he sets out on the road to self-awareness where he needs to live a life without Ivana. The film asks the question: Is it possible that love and hate are simply different versions of the same emotion?

The newest Coppola to impact the film world has already tested his creative voice within the works of his friend Wes Anderson – co-writing Anderson’s films The Darjeeling Limited and the recent, acclaimed Golden Globe nominated, Moonrise Kingdom, for which he just last week received an Oscar nomination. 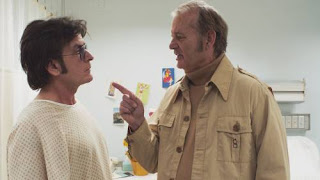 “I knew I wanted to make a wild movie,” says Roman Coppola. “I was interested in the idea of taking serious adult issues and playing them out in more of a kid’s movie. I’m basically a big kid. I like pranks, flights of fantasy, naughtiness.

There’s a print by the artist Mel Ramos of a nude woman straddling a huge rhinoceros. It’s so far-out, so bold, so playful and funny and sexy – I thought, ‘I want to make a movie with that type of DNA.’ Originally I called the film Rhino as a reminder that it was going to have that kind of free, unconventional style.”

“We are incredibly excited to work together to bring Charles Swan to Canada, “ says Steve Beckman, FilmBuff’s Head of Acquisitions.  “Roman has made a wonderful film and we are thrilled to bring it to audiences all across the country,” adds Jonathan Gross, of VSC.

About Roman Coppola
Roman Coppola grew up in the world of filmmaking, and has developed directorial skills by working in multiple capacities: from sound recordist to cinematographer, to writer, producer and inventor. He began his directing career with visual effects and second unit direction of Bram Stoker’s Dracula (directed by his father, Francis Ford Coppola), which garnered him a BAFTA Award nomination for Visual Effects. His first feature film, C.Q., premiered at the Cannes Film Festival. Via The Directors Bureau, his award winning 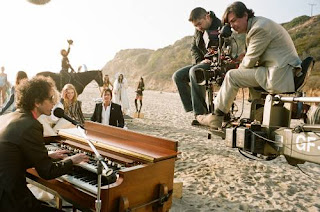 commercial and music video production company, Roman has created award-winning music videos and commercials, for bands like The Strokes and Green Day, and for clients including Coke, Honda and The New Yorker. Roman’s stream-of-consciousness video for the Phoenix “Funky Squaredance” track was invited into the permanent collection at The Museum of Modern Art.

About FilmBuff
Founded in 2007, New York-based FilmBuff is the leading distributor of incomparable digital entertainment.  The Company draws upon its deep relationships within the film industry to curate content that consistently informs, entertains and inspires.  FilmBuff designs innovative digital strategies to supply content to all on-demand outlets.  Serving as a bridge between filmmakers and audiences, FilmBuff actively engages in conversations with fellow entertainment lovers through its exclusive access, original content and unique