And Slowly Beauty...
BY MICHEL NADEAU
TRANSLATED BY MAUREEN LABONTÉ
Continues to March 31, 2013

"I never thought theatre could be as good as that!"

TORONTO - Tarragon Theatre proudly presents the Toronto premiere of And Slowly Beauty, a Belfry Theatre/National Arts Centre English Theatre co-production directed by Michael Shamata. This acclaimed and poignant celebration of life and art runs February 27 to March 31 in Tarragon Theatre's Mainspace (with previews beginning February 20). Tickets range from $27-$53 (inclusive of HST) and are available by calling the box office at 416.531.1827 or by visiting www.tarragontheatre.com. 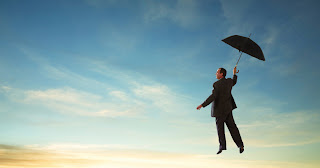 When Mr. Mann wins tickets in an office draw to a modern version of Anton Chekhov's The Three Sisters, he ends up going alone as his family is busy elsewhere, even though he rarely goes to the theatre. But in those few precious hours watching the play, something unexpected stirs inside of him. And Slowly BeautyŠ tells the story of the transformative effect of theatre (and beauty) on a perceptive - albeit average - middle class, middle-aged man. A love letter to art and the poetry of life.

Michael Shamata is Artistic Director at Belfry Theatre in Victoria, B.C. since December 2007, where he originally directed the English-language premiere of And Slowly Beauty... as well as numerous other shows including The 25th Annual Putnam County Spelling Bee which won him a Jessie Richardson Award for Outstanding Direction.Shamata also directed the National Arts Centre 2011 production of And Slowly Beauty... 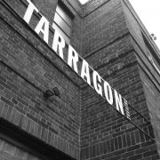 All of the talented cast, except for Ahmed, appeared in Shamata's original Belfry and National Arts Centre productions in the fall of 2011; at the time, they were members of the 2011-12 National Arts Centre English Acting Company. And all of the cast, except for Fitzgerald, play multiple roles - transforming into characters from The Three Sisters, as well as family members, office colleagues and more as the play moves through the present as well as simultaneously through Mr. Mann's memory and imagination.

Tickets range from $27-$53 (including discounts for students, seniors and groups)
AND a Pay-What-You-Can 2:30pm matinee on March 23
Tickets can be purchased through the box office at 416.531.1827 or visit www.tarragontheatre.com
- $13 Rush Tickets at the door Fridays (on sale at 6pm) & Sundays (on sale at 1pm) starting March 1-
english language theatrical premiere quebec playwright quebec theatre in translation tarragon theatre toronto toronto thatre scene