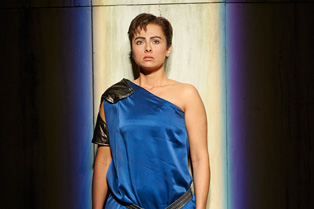 most sublime music is the dynamic young maestro Daniel Cohen in his company debut, leading an acclaimed ensemble cast that features internationally renowned Canadian tenor Michael Schade and Metropolitan Opera regular American mezzo-soprano Isabel Leonard.  La clemenza di Tito is sung in Italian with English SURTITLES™ and was last performed by the COC in 1991. It runs for nine performances at the Four Seasons Centre for the Performing Arts on February 3, 6*, 7, 9, 11, 13, 16, 19 and 22, 2013.

American director Christopher Alden returns to the COC on the heels of the successful premiere of his production of Die Fledermaus for the opera company this past fall.  His production of La clemenza di Tito premiered in 2009 at Chicago Opera Theater, where it was received as “an excellent introduction for the operatic novice and a gorgeously executed classic for the connoisseur” (SteadStyleChicago.com), “smart, good-looking, and in Alden’s staging, often humorous” (Chicago Reader) and “boldly liberated from the stilted conventions of opera seria” (Chicago Tribune).

Written in 1791 to celebrate the coronation of Emperor Leopold II as King of Bohemia, La clemenza di Tito’s story of the attempted assassination of the Emperor Tito and his forgiveness of those who betrayed him was meant to reflect a quality that the populace might have hoped for in their new king.  Mozart spent his entire life pleasing and placating the kings, emperors, and archbishops who 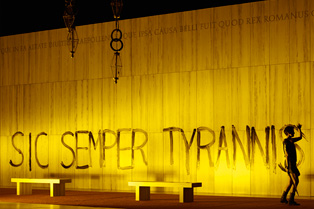 commissioned his operas, constantly striving to impress them.  In bringing La clemenza di Tito to the stage, Alden approaches the work as the composer’s personal statement on his own dealings with powerful men.  Alden’s staging explores the real human emotions at the opera’s core and focuses on the relationship between the characters, especially how others relate to Tito, offering a psychologically penetrating depiction of people negotiating the dangerous corridors of power.

La clemenza di Tito is considered one of the composer’s late masterpieces, and an undeniable example of Mozart’s musical genius.  The delicate, sublime beauty of the orchestral writing delivers the kind of emotional immediacy that only great art possesses, and the complex characters are depicted with both realism and powerful drama.

In the role of Tito is Michael Schade, returning to the COC, following an acclaimed role debut performance as Eisenstein in last fall’s Die Fledermaus.  One of the leading Mozart tenors on the stage today, Schade’s portrayal of Tito has won him acclaim from Salzburg to Washington, praised for his “apparently effortless command of Mozartian style” (The Telegraph), and “mesmerizing the audience” (Opera Britannia) with an “unflagging intensity and musical intelligence” (Washington Post).  Making her COC debut as Sesto, Tito’s closest friend, is highly acclaimed American mezzo-soprano Isabel Leonard.  A regular at the Metropolitan Opera and described as “fresh, effervescent, and lovely” (New York Times) and “a stage animal with charisma written all over her” (Financial Times), Leonard’s performance with the COC marks her role debut as Sesto.  American soprano Keri Alkema, last with the COC in 2012’s The Tales of Hoffmann, returns to treat audiences to her “appealing brew of dark and creamy colors” (New York Times) in a role debut as the vengeful Vitellia, the instigator of the 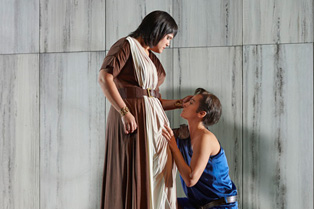 Ensemble Studio soprano Mireille Asselin, who dazzled audiences as the maid Adele in the COC’s Die Fledermaus and has been praised for her “soft-grain soprano and lovely stage presence” (Opera), returns to the mainstage as Servilia, Sesto’s sister. Ensemble Studio alumna Wallis Giunta, “a gifted mezzo-soprano” (New York Times) returns to the COC from the Metropolitan Opera’s Lindemann young artist development program to sing Annio, Servilia’s love interest.  Ensemble Studio graduate bass Robert Gleadow sings the role of the guard Publio, in addition to his appearance in the COC’s Tristan und Isolde this winter.

Israeli conductor Daniel Cohen makes his COC debut leading the COC Orchestra and Chorus in this production.  At the age of 28, Cohen is one of today’s most talented young conductors and a rising star in both the concert and operatic arenas.  A protégé of Daniel Barenboim, he recently assisted the renowned conductor at the 2012 West-Eastern Divan Orchestra in the preparation of a Beethoven symphonies cycle as well as major works by Schoenberg and Boulez.

Since his debut at the age of 19, Cohen has conducted the Luzerner Sinfonieorchester and Israel Philharmonic Orchestra, as well as the Kammerphilharmonie Graz, the European Union Chamber Orchestra and the Jerusalem Symphony Orchestra.  At Israeli Opera, he has conducted Tchaikovsky’s Pique Dame, Shostakovich’s Lady Macbeth of Mtsensk and Verdi’s La Traviata and Rigoletto.  He recently conducted at the Festival della Valle d’Itria and opened the operatic season of the Teatro Lirico di Cagliari with a new production of Massenet’s Don Quichotte.  He is currently chief conductor of the Jersey Chamber Orchestra, music director of the Eden Sinfonia in London, and artistic director of the Gropius Ensemble.  He is also the permanent guest conductor of the Israel Chamber Orchestra, a 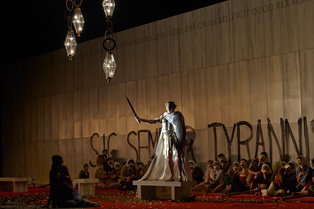 In bringing Mozart’s masterpiece to the stage, director Christopher Alden visually conceives a work that blends Roman classicism with a modernist edge. The costumes designed by Terese Wadden, who worked with the COC in 2012’s double-bill of A Florentine Tragedy/Gianni Schicchi, are Roman garb but imagined as if the style had evolved through different fashion eras.  The set, designed by Andrew Cavanaugh Holland, also grows out of the Roman sensibility and evokes a civic space made to impress, as well as to perform a public function.  Inspiration was found in the architecture of the Lincoln and Kennedy centres, and the design incorporates cool, marble-like walls where Tito’s subjects are permitted to write their dissent.  The lighting is designed by Gary Marder.

The COC’s La clemenza di Tito is a production from Chicago Opera Theater. 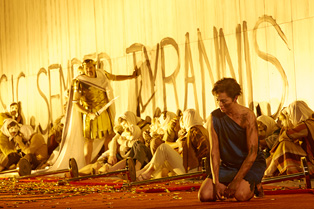 TICKET INFORMATION
Single tickets for La clemenza di Tito are $12 – $325 (includes applicable taxes). Tickets are available online at coc.ca, by calling 416-363-8231, or in person at the Four Seasons Centre for the Performing Arts Box Office, located at 145 Queen St. W., Monday to Saturday from 11 a.m. to 6 p.m.
• Ask about our 'standing room only' and other discounts