HARLEM (NEW YORK CITY) Harlem was home to New York’s hottest clubs in the 30’s and 40’s, where the music of Billie, Ella, Dinah, Sarah, Duke and Dizzy became legend. Sultry, sexy crooners, dazzling dancers, and swingin’ big bands served-up a potent mix of high-class hi-jinks and entertainment. Now the glamour, electricity and elegance of the Harlem Club environment is back in an all-new, nightclub-style show, staged as only the world-famous Apollo Theater could do it.

Host Maurice Hines will have you fingers snapping throughout as a stunning roster of top contemporary talent takes to the stage. Three-time Grammy Award-winning vocalist Dee Dee Bridgewater flaunts her flawless technique and Tony-Award winning theatricality.

David Berger, an internationally renowned expert on the music of Duke Ellington and the Swing Era, provides the show’s musical direction, and accomplished conductor Daryl Waters leads a 16-piece Jazz orchestra through an exhilarating barrage of hits including Fine and Mellow, One O’Clock Jump, Drop Me Off in Harlem and Paper Moon. Broadway veteran Emilio Sosa and master designer Burke Wilmore make the evening shimmer and shine with gorgeous costumes and exquisite lighting. Orchestra-level, nightclub seating features table-service, dancing and drinks. 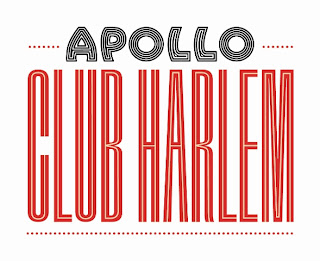 In person at the Apollo Theater Box Office
By phone call Ticketmaster  (800) 745-3000
Online at Ticketmaster.com