The 1970’s were an extremely fertile era for music. In America, progressive soul and funk broke new ground while London spawned the punk rock scene and Kingston, Jamaica gave the world roots reggae. In Nigeria, an extraordinarily diverse and dynamic cultural scene yielded not only Fela’s Afrobeat and juju’s peak with 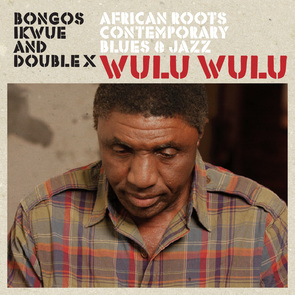 Sunny Ade and Ebenezer Obey but also myriad rock and funk groups such as BLO and The Funkees.

One of the most popular singers on the Nigeria scene at that time was Bongos Ikwue, whose personalized style of African folk and American soul music made him completely unique; he drew on traditional music, highlife, reggae, Congolese styles, Afrobeat and American soul, country, funk, jazz and rock. He could be viewed as an African Bill Withers—an intimate, earthy singer-songwriter who delivers home truths with soulful, unpretentious vocals. Somehow, Bongos blended those wildly diverse musical elements in a completely organic way and did so successfully for decades, blazing a trail for African singer-songwriters at a time when the very concept of “singer-songwriter” was a novelty in the African music universe (since then such artists as Vusi Mahlesela, Rokia Traore, Richard Bona, and most recently Michael Kiwanuka have validated that concept).On February 13, 2013, Bongos Ikwue celebrates more than forty years as a recording artist with WULU WULU  his first release outside Nigeria, which  has marked his resurgence and finds him delivering—at age 70 no less!—possibly the finest recording of his career. For his many long-time Nigerian fans, this will be cause for celebration. For international audiences it may well be a revelation.

“I never retired,” says Bongos and then replies enigmatically when asked why he chose to record a new album at this point in his career. “There comes a time, there comes a time and there comes a time. I create whatever comes my way. I am proud and knowledgeable about my roots and gave sufficient time to writing songs for the people.”

WULU WULU  opens with “Kongo Soldier”, which presents a wry reminiscence of the influx of Nigerian soldiers returning from peace-keeping duty in the Congo into Bongos’ hometown of Otukpo, delivered by Bongos’ rich baritone over a funky, Afro-Caribbean groove graced by a soaring violin solo. There follows the joyous neo-highlife groove of “Abangbo”, highlighted by a kinetic percussion breakdown, the loping South African township jive of “Wulu Wulu”, which features Bongos and his daughter echoing each other’s 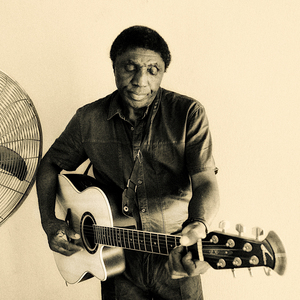 vocals, one in Idoma and one in English, and the mellow acoustic guitar-led “Mustapha and Christopher”, a reflection on conflicts fueled by religious differences that sounds like it could be the work of any number of America folk singers, save for the subject matter which relates to the recent violence between Muslims and Christians in Northern Nigeria. And that’s just the first four songs! Clearly Bongos Ikwue is an artist who cannot be contained in any stylistic box. Indeed he shatters the common conceptions of what an African artist could or should be. He’s as much influenced by Sam Cooke and Brook Benton as the Idoma traditional music he grew up with.

“I was born different (from other artists),” Bongos notes. “There should be no reason to play like anyone ."

WULU WULU  is the fruition of Bongos’ work with his new band, Double X, so named to suggest the intersecting elements in his music, traditional and contemporary, local and international. It contains a mix of material, re-makes of older songs from his eleven best-selling albums as well as brand-new songs. Recorded in both Nigeria and the United States, where one of his daughters attended college, the album delivers a country pop song one minute, classic reggae the next and his patented, lilting, lyrical Afro-Caribbean groove after that, all rendered with impeccable musicianship.