New York, NY—Clawhammer banjo player, composer and singer ABIGAIL WASHBURN will debut POST-AMERICAN GIRL at Joe’s Pub at The Public March 28 – 30 as part of NEW YORK VOICES, the popular commission series designed to help musicians make the leap from songwriting and performance to theatrical production. Washburn’s new stage piece is about an American girl coming-of-age in a swiftly 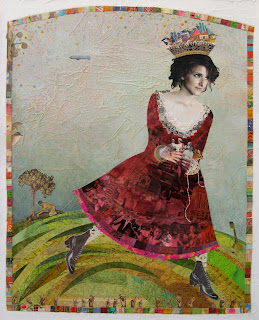 NEW YORK VOICES adds to The Public’s wide range of contemporary stagings at its downtown home at Astor Place. Washburn is the first of three artists to debut a new work-in-progress at Joe’s Pub in 2013 during the NEA-supported program’s second season. Downtown cabaret star BRIDGET EVERETT and the world-renowned dance company NOCHE FLAMENCA will debut work later this year. Previous NEW YORK VOICES artists include ETHAN LIPTON whose 2011 NEW YORK VOICES premiere No Place To Go, an intelligent and hilarious meditation on loss and confusion during the recession, went on to win an Obie Award.

POST-AMERICAN GIRL draws from Washburn’s 17-year relationship with China and addresses themes of expanding identity, cultural relativism, pilgrimage, today’s shifting world order, the universal appeal of music and opening the heart big enough to fold it all in. “I started going back and forth between China and America in 1996 and have hoped for a chance to dive headlong into a fuller expression of this journey and the lessons learned,” said WASHBURN. “My artistry is expanding inexplicably because of New York Voices. Joe's Pub and The Public have created an opportunity to expand my artistic vision by freeing me up to think unabashedly about ways to merge my musical and personal journey with theatrical performance.”

NEW YORK VOICES provides artists with the space, time and financial support needed to develop new work that connects them with their fans and contemporaries. For the 2013 season, Joe’s Pub has expanded the program through the addition of a development workshop with The Public Theater’s artistic staff. POST-AMERICAN GIRL will be directed by MEIYIN WANG, Associate Artistic Producer of The Public’s Under The Radar.

“When it came time to select this year’s commissions, I knew Abigail would be one of them. She is a phenomenal storyteller and musician with a tireless commitment to her work,” said SHANTA THAKE, 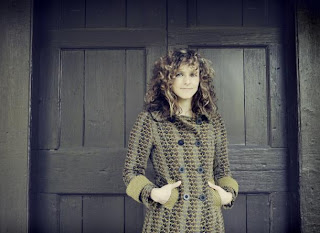 Director of Joe’s Pub at The Public. “In Post-American Girl, Abigail manages to stitch together the personal and the political in such a beautiful way that you can’t help but understand the urgency and poignancy of this story. No Mandarin required.”

“Joe’s Pub has been one of the most successful ventures The Public has ever undertaken, offering support and a venue to literally thousands of artists over the last 14 years,” said Public Theater Artistic Director OSKAR EUSTIS. “The New York Voices series has also been a triumph, producing in its inaugural season an Obie Award winning show which went into the Public’s mainstage season and is now touring the nation. We expect great things from the second season.”

POST-AMERICAN GIRL explores how a contemporary young American woman brings her conflicted feelings and simultaneous love of a changing China together with similar conflicted feelings and love of her own country's culture. It is the story of an expanding worldview, told through the lens of cross-cultural anecdotes, alongside hope for the future as expressed to her unborn child.