Toronto, ON- The Academy of Canadian Cinema and Television announced this morning nominations for the 2013 Canadian Screen Awards.  Among the nominees is Canadian and international award-winning filmmaker Deco Dawson for his film Keep A Modest Head, a biographical short documentary about French Surrealist Jean Benoît. 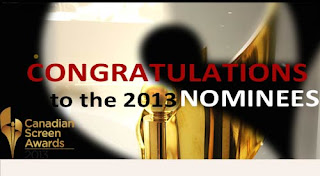 "I am truly honoured to be nominated for this award. The irony being the film has garnered more attention for Jean Benoît in Canada now, then he had ever received while living.  A private yet wholly capricious artist, I am glad people are finally getting the chance to witness the astonishing tour-de-force that was Jean Benoît.   Keep A Modest Head was one of my most difficult films to create, and the continued accolades mean so much to me," said Dawson adding, "Thank you to The Academy of Canadian Cinema and Television for recognizing the film and for all they do to support Canadian media creators."

Jean Benoît was born and raised in Quebec City before moving to Paris to join the Surrealists in 1948. In the film, Dawson illustrates Benoît’s formative and highly sexual years by mixing interviews recorded in Benoît’s Parisian studio with Surrealist-inspired, visually stunning, re-enactments.  Equal parts narrative, documentary and experimental film, Dawson uses an inventive and unfaltering aesthetic to honour the last great surrealist.  Keep A Modest Head premiered at the 2012 Toronto International Film Festival where it received the Best Short Film Award.