Alwan for the Arts Shines New Light on Contemporary Iraq’s Art and Ideas with Eloquence:
A Festival of Iraqi Culture Resilience and Relevance

Iraqi culture is of world significance. Though mostly considered in the context of the recent war—and this March marks the tenth anniversary of the U.S. and its allies’ invasion—Iraq deserves a radically different place and representation. From talented instrumentalists drawing on millennia of technique, and vocalists with an encyclopedic knowledge of complex traditions, to strikingly contemporary 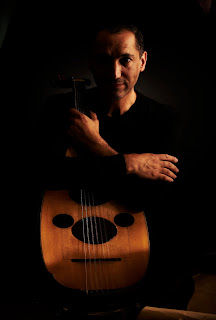 architects and writers, Iraq has nurtured and harbored a continuous, broad-minded stream of creative individuals of the highest caliber and global significance.

This March, to highlight this striking fact and shift prevailing conversations around Iraq, New York’s Alwan for the Arts is presenting a groundbreaking Eloquence: A Festival of Iraqi Culture in collaboration with the Metropolitan Museum of Art, St. John the Divine, and Alwan’s loft space in lower Manhattan (March 9-27, 2013).

Keynote speaker and world-recognized architect Zaha Hadid (recipient of the Priztker Architecture Prize, architecture’s answer to the Nobel); outspoken poet Fadhil Al-Azzawi; maqam master Hamid Al-Saadi; and oud (Arab lute) virtuoso Naseer Shamma and other participants will present their varied perspectives on heritage and innovation, on Iraqi tradition and the present reality in Iraq. Al-Saadi, on his first U.S. tour, and Shamma, who declined to come to the U.S. for a decade in protest of the war, will then proceed to four additional U.S. cities for rousing performances. Iraqi-American Music Curator at Alwan, Amir ElSaffar, responsible for the music portion of this Festival, will present his perspective as well, with the premiere of a new work performend by the Alwan Ensemble to open for Shamma's performance at the Metropolitan Museum. (Other stops include Washington DC, Chicago, Cleveland, Columbus OH, and Ann Arbor.)

“When your art gains international resonance, you become part of the world, not just an expression of your birthplace, your native culture, or your heritage,” reflects Ahmed Issawi, Alwan’s Literary Program Curator. “The Festival and the artists speak to that.”

Alwan for the Arts, a vibrant hub for the culture and thought of the Middle East, sees presenting an interplay of age-old and fresh, of reinterpreted tradition, from a country whose culture has been both endangered and misconceived abroad, as part and parcel of its mission for promoting the nuanced, complex culture of an often misconstrued region. By bringing contemporary lights like Hadid—born in Baghdad and now one of the world’s most renowned architects—and Al-Azzawi into dialogue with musicians based in and inspired by tradition, Alwan hopes to bring the integrating, creative vision of Iraq’s diverse artistic and literary communities to a broader audience.

By collaborating with other venues, institutions, presenters, and communities, Alwan demonstrates the universal beauty and constructive force of the culture of the Middle East. “We’re a coalition of the culturally willing, you might say,” Issawi muses. “We’re using cultural means to transcend, to find another way of communicating. Finding a different language and changing the conversation altogether is a critical mission.”

Naseer Shamma and the Al-Oyoun Ensemble: A founder of the world’s first oud conservatory, Shamma’s unique playing style and keen ability to apply ancient knowledge in fresh ways has propelled Shamma and his Cairo-based ensemble to stages across the world. After a ten-year hiatus, as Shamma stood against the war and refused to perform in the U.S., audiences will get a chance to hear. 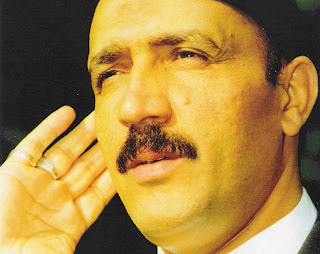 Hamid Al-Saadi (U.S. debut): Al-Saadi is the only living vocalist to have all 56 of Bagdhad’s maqams, the centuries-old, highly detailed, orally transmitted basis for the music once found at courts and in coffeehouses across Iraq. Al-Saadi’s profound knowledge combines with a subtle sense for maqam’s rhythm, poetic lyrics, and melodic intricacies.

The Alwan Arab Music Ensemble : The resident ensemble of Alwan for the Arts, the Alwan Ensemble delivers a joyful and transporting feast of well-loved classical songs from the greater Arab World, built around mesmerizing textures of rhythmic and improvisational intensity. The group performs in the classical art music traditions of Cairo, Aleppo, and Baghdad, three important Arab cities with great legacies in art and culture. This performance will focus on the musical traditions of Iraq.

Two Rivers Ensemble: Joining Al-Saadi, in counterpoint, will be Two Rivers, a genre-crossing ensemble dedicated to finding the resonances between Iraqi maqam, the longtime fascination and object of study of trumpeter and sintir player, Amir ElSaffar (Alwan’s Music Curator and Two Rivers founder). Using the melodic elements of maqam and the improvisational exchanges of jazz, the group accentuates a different facet of Iraqi tradition, taking it out of its homeland and into new territory. 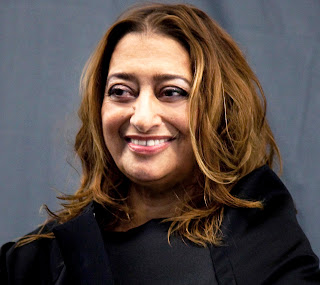 Zaha Hadid : A native of Baghdad, Hadid has won some of the architecture world’s most coveted honors and has created visionary buildings and urban environments around the world. Known for her detailed paintings and drawings (exhibited in a major retrospective at the Guggenheim in 2008), as well as her built works, her central concerns involve a simultaneous engagement in practice, teaching and research. Hadid designed The London Aquatics Centre for the recent Summer Olympics, as well as the BMW Central Building in Leipzig, and the Lois and Richard Rosenthal Center for Contemporary Art in Cincinnati, the Gungzhau Opera House in China and the Dancing Towers in Dubai, among dozens of other projects.

Fadhil Al-Azzawi: Part of Iraq’s experimental generation of writers and artists in the 1960s, Al-Azzawi fled the Ba’athist regime and eventually settled in Germany. He is a widely respected writer of prose, poetry, and literary criticism, as well a scholar of both English and German literature, a translator, and an editor and founder of several international journals.