Batuki Music Society presents KAE SUN launching live: Ship and The Globe, the first single off his upcoming album AFRIYIE
at the Rivoli on Thursday March 14, 2013.

TORONTO - Ghana-born, Toronto-based musician-songwriter Kae Sun launches live in concert the first single "Ship and The Globe" from his next full-length album AFRIYIE, produced by Kae Sun and

Science!, and set for release mid-year.

Kae’s latest work explores themes of spiritual growth, fearless exploration, and vulnerability. As the artist explains, "The way I came to music was part of a bigger search. Exploration and fearless expression was a part of a spiritual journey for me and continues to be. It was never initially about a career or a certain style or anything like that. It was about easing anxiety and being closer to God. In that sense I'm always creating to satisfy that part of me. The songs on this record are deeply personal for that very reason."

This new effort by the singer-songwriter builds on the success of his previous releases. For his 2011 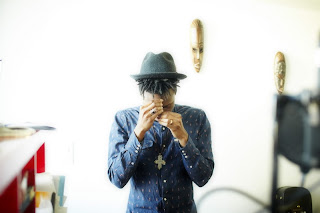 EP Outside the Barcode, Kae Sun was inspired by the return to his native homeland Ghana. After nine years of living in Canada, he found a renewed drive for creating the raw and non-commoditized artistic experiences that shaped his passion for music.

2009’s Lion on a Leash, the well-received LP that landed on the iTunes 2009 Rewind List and earned esteemed reviews from Exclaim, The Montreal Gazette, Okayafrica, as well as gaining recognition on many critics' lists for top indie release of the year. The success of Kae’s work has led him to play venues and festivals across Canada, UK, Dubai and Ghana.

AYO LEILANI is a local singer/songwriter and producer. Leilani has successfully carved out a niche in the city’s indie scene. Her musical style ranges from hip hop to soulful house and offers her listeners

sweet sounds without all the added preservatives. Leilani speaks to the complexities of life with songs about social justice, power, love and relationships.