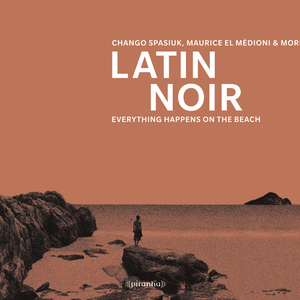 This compilation features a selection of happy sad musical treasures from Cuba, Argentina, Colombia, New York and both sides of the Mediterranean Sea. If you are looking for hip shakin‘, hands-in-the-air party music for your next holiday cruise, this album is not for you. Latin Noirmuch rather pays a gloomy homage to a new generation of the wretched of the earth and their Sisyphean journeys between shipwreck and redemption, despair and hope.

The various musical styles on this deeply emotional journey span from the earthy, almost tango-like melancholy of the North-Argentinian Accordion via longing love songs of the Cuban Trovato touching laments about boat-refugees in a modern Latin-Mediterranean tinge.

The Cuban Guaracha "La Negra Tomasa“ tells a tale about the haunting powers of the Mandinga culture, a tune that was made popular around the world by the Buena Vista SocialClub under the title "Mandinga“

The electro-jazz producer and DJ between Catania and Berlin curated Latin Noir with aparticular sicilian perspective: The sea never reveals all its secrets... 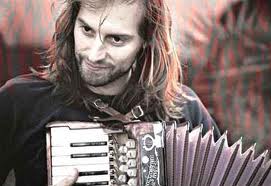 4. Ana Cristina Pozo & Omar Perez “Déjame Me Que Te Lleve” - Let me take you with me on a journey through the kingdom of time and hope. A "Canción“ from the "Trova“ tradition intoned by the Cuban Troubadour Duo.
5. Conjunto Campesino Cuyaguateje “La Cola De Tu Caimán” - The band took its name from a small Cuban river and sing about riding the back of a caimán in "Música Campesina“ (Country Music) style.
6. Estudiantina Invasora “Commandante Che Guevara” - Santiago de Cuba's finest remember the ghost of the revolution between promise, displacement, and t-shirt iconism.
7. Maurice El Médioni meets Roberto Rodriguez “Oh! Ma Belle” - Grandmaster of the pianoriental meets Cuban super drummer. Dreaming together in exile of roots that never were.
8. Son del Mayabeque “Runidera” - The trumpet takes lead when the "Son“ hits town. Ignacio Pineiro, one of the founding fathers of modern Cuban music, composed this song, originally performed by his septeto nacional. 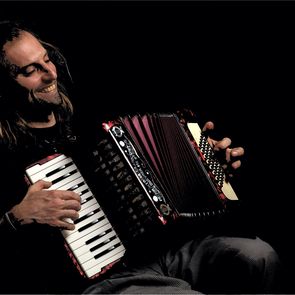 9. Piquete Tipico Las “Alturas De Simpson” - When Miguel Failde premiered "Las Alturas de Simpson“ on Jan 1, 1879, at "El Club“ in the Cuban city of Mantanzas, he established a new popular genre called "Danzón“.
10. Alfredo Gutiérrez “La Distancia” - He is praised as the king of kings in the "Vallenato“ Accordion valleys of Colombia and knows a thing or two about covering distance in good time.
11. Grupo El Organo Pinareno “La Negra Tomasa” - Double Noir is the "Guaracha“ by the group from Pinareno, Cuba. "Everything makes me go wild for black Tomasa“, also recorded by the BVSC under the title Mandinga.
12. Sin Palabras feat. Tambor de Firmin “Por Una Tigresa Que Mira Na Estrella” - 2 Virtuoso Cuban percussionists combine their urban know-how with the ancestral rhythms of Santeria cult tambor for a joint message to travel the world.
13. (Bonus) Watcha Clan “La Patera” - The Marseille-based collective led by the striking sister K. conclude the album's journey with their lament about the boat-refugees who try to break the borders between Africa and Europe