Spread by itinerant minstrels across Turkey, the baglama (pear-shaped lute) plays a key part in both folk music and sacred Sufi ceremony, where it is perceived as a powerful way to connect with the 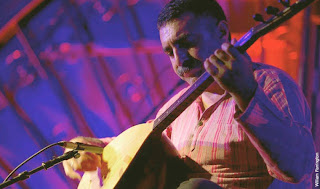 On March 12, 2013, in his first solo performance in the U.S. performing Turkish Sufi Improvisations, Erzincan will kick off the spring portion of Live@365, a new world music series produced by Isabel Soffer/Live Sounds (full details at www.liveat365.org). The full range of Erzincan’s playing will be wonderfully audible at Elebash Hall, with its intimate space and excellent acoustics.

Sufi lineages have long used music as a way to bring together the individual and the great mystery of God. Transporting the performer and listener through exquisite sounds and focused trance, the Alevis, like the better-known Melevis, developed musical traditions that have since seeped into secular celebrations, as Alevi song and instrumental pieces have become part of weddings and other parties. 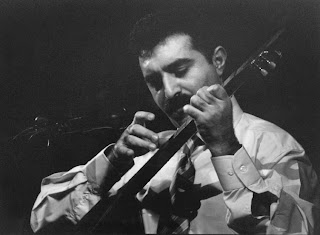 The baglama forms the heart of Alevi ceremonies, as the instrument is prized for its expressiveness and loaded with symbolism, right down to the number of its strings.

Erzincan will present both the sinuous vocal lines, and the instrumental renditions of their poetic bases, a fascinating feature of Alevi music, in which instruments effectively recite mystic texts. The bold rhythms, accentuating the baglama’s percussive qualities, and soaring melodies both aim to bring listeners to a different, more meditative, more joyous state.

Erzincan’s ability to harness that joy stems in part from his rigorous training. He hails from East Anatolia, where he grew up hearing the mix of sacred and folk traditions he now engages with on stage. An Alevi Sufi himself and a favorite student of revered master Arif Sag, Erzincan studied music both at the Istanbul Conservatory and at Sag’s specialized baglama school. Though well versed in tradition, Erzincan has an ear for innovation, as his collaborations with artists like Kayhan Kalhour (the duo fascinated the audience at the latest globalFEST) and with Western classical ensembles like the Cologne Philharmonic demonstrate.