Théâtre Aux Écuries presents a Candles are for Burning production

“The hardest thing about work is other people – hearing what they think. You wonder if there’s a kind of work where people are all alone – really all alone.” -Oracle/Caro

Montreal - Théâtre Aux Écuries is privileged to bring back the award-winning Candles are for Burning production, Bliss. Written by gifted Québecois playwright Olivier Choinière and translated by the notable Caryl Churchill, Bliss is playing at Théâtre Aux Écuries for five shows only from March 5-9. 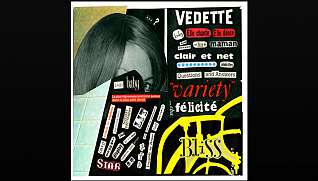 Ostracized at work, Oracle stands in a Walmart lunch room and directs her fellow employees in a wild and slippery fantasy ripped from the pages of a Québec tabloid. ‘See you later Celine,’ reads a headline. What’s wrong with Celine Dion and why is she turning her back on her glamorous life and adoring fans? And how is her story connected to the story that sits on the opposite page: the completely unknown Isabelle Côté abused by her family? The two stories aren’t related, until Oracle intervenes. Choinière’s surrealist theatricalization of sensationalist press stories about Gods and monsters is the ultimate revenge. Bliss is about being a powerless, anonymous person and exacting retribution for that humiliation.

Aux Écuries is the collaboration of 6 Artistic Directors (including Bliss playwright Olivier Choinière), their 4 companies and 1 vision. Artistic Director Steven McCarthy is thrilled that his company, Candles are for Burning, has been invited by Choinière to perform at the recently redesigned Théâtre Aux Écuries. “Olivier is in my mind one of the most exciting theatre makers in Canada at the moment; a provocateur in the best way.”

Bliss is Greek tragedy meets pop concert- demanding something from both performers and audience. When McCarthy first read the play and its wild, twisted rollercoaster ride through the looking glass of our celebrity-obsessed culture, it scared him, “We get invited into the life of the most famous celebrity and into the home of the most abused young girl in recent memory. We love to read about celebrity, we love to read about victims of violence, but the theatre's greatest potential is to remove the barriers between who we are and what we might imagine ourselves to be. On assiste à un spectacle, we witness a tragedy; it is an act of community.”

A few years ago, playwright Olivier Choinière was struck by a story because of its violence: the case of Isabelle Côté. This young girl had been held captive all her life and had served as a sex slave to her parents; the rest of the family was also involved in incest, rape and abuse to varying degrees. Not only was it difficult for Choinière to understand how such a tragedy could occur, the question for him was how this young girl survived the unbearable for all those years, “The only way to imagine survival was by fleeing completely into one’s imagination, in this case the music and life of Celine Dion. In Bliss, the world on stage starts off magical but becomes a nightmare. In comparison, Isabelle’s horrific life almost makes ours bearable.”

McCarthy sees other art forms mix in Montreal but very rarely with theatre. He created this production while living in Montreal as he believed there was something each tradition could learn from the other, “I felt I could create a kind of art that blended the poetry and viscera of the Francophone tradition with the more realist tradition of the Anglophone model. I was right. We learned so much from each other while making this show and are excited to share it with Aux Écuries’ audience.”

Known for contemporary works, this Candles are for Burning production of Bliss is no different. Here, Celine Dion is basically the goddess/Virgin Mary of the show and a kind of sacrificial altar has been created. The actors and designers help facilitate a story that unspools in the audience's mind. Well-known Montreal designers include: Set and costumes, James Lavoie; sound, Diane Labrosse; and lighting, Sarah Yaffe and Andrea Lundy. The stage manager is Kira Maros.