TORONTO - Canadian piano virtuoso Christina Petrowska Quilico celebrates her instrument in a number of intriguing artistic events in the coming weeks.  All take place in the Toronto area. 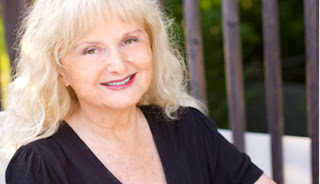 Widely renowned for her performances of contemporary composers and little-known repertoire, Petrowska Quilico is featured in the following presentations:

Thursday-Saturday, April 18, 19, 20, 2013 - 7:30 pm at the Sandra Faire and Ivan Fecan Theatre, Accolade East Building, York University, 4700 Keele Street:  Rite Redux, a co-production of York U’s Departments of Dance and Music, celebrates the centennial of the iconic ballet Le Sacre du printemps (The Rite of Spring), originally choreographed by Vaslav Nijinsky, to the score by Igor Stravinsky.   Petrowska Quilico will perform works by Satie and Debussy, also written in 1913. & in 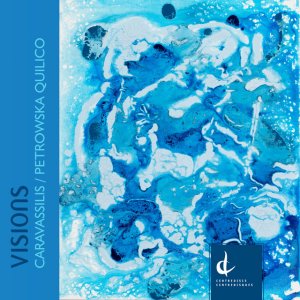 Critic John Terauds called the CD “112 minutes of timeless-sounding new music for solo piano that offers something for many different kinds of listeners,” noting Petrowska Quilico’s “impeccable pacing and elegant verve. Both the music and the interpretations impress more with each listen.”

Reviewing the concert on I Care if you Listen (www.icareifyoulisten.com/2013/02/christina-petrowska-quilico-performs-caravassilis-piano-works/#more-6572), critic Justin Rito described Petrowska Quilico’s performance as “superb … She embraced each of the influences Caravassilis projected in his scores with evident ease, displaying sheer pianistic virtuosity.”

Benoît Gheeraert of Le Métropolitain deemed the event “a total success”:  “The pianist’s fingers ranged delicately over the Steinway before letting the shadow in question (in Shadow Variations on a Theme by Alan Hovhaness) slowly but surely expand until the entire room was engulfed.”

VISUAL ART: Also a gifted visual artist, Petrowska Quilico was inspired by Caravassilis’ music to reflect her response in 102 paintings.  They screened on monitors before and after her concert, and during 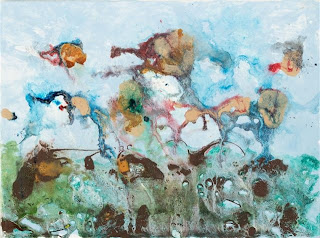 intermission.  Some were later exhibited at the Canadian Music Centre.

The paintings will be synchronized with the actual performance via video screen projection when Petrowska Quilico repeats her Visions concert for the Kindred Spirits New Music Festival on May 4 (see above).

UPCOMING: Upcoming are the launch of a two-CD set of Brazilian Tangos, a Women’s Gems CD, and plans to record further selections from Ann Southam’s Glass Houses Revisited.  Together with violinist Jacques Israelievitch, she is preparing Mozart sonatas, as well as piano quintets and works for violin and piano by Canadian composers for concerts and possible recordings.  One of these new works is a commission from Constantine Caravassilis for violin and piano.

Canadian Opera Company Ensemble artists will compete Monday, May 13, 5:30-7:30 p.m., at the Richard Bradshaw Amphitheatre, in the annual Christina and Louis Quilico Awards.