Classical to Jazz to Tap Dance: April 2013 Concerts at the Royal Conservatory Toronto

TORONTO - The TD Jazz Series: Devoted to Dizzy concert series continues with the Dave Young-Terry Promane Octet and The Heavyweights Brass Band with special guests Claudio Roditi and Giovanni Hidalgo on April 13. Recently nominated for a Juno Award for their latest CD, the Dave Young-Terry Promane Octet is joined by sublime trumpeter Claudio Roditi, former member of Dizzy’s United Nation Orchestra. The evening opens with monster percussionist Giovanni Hidalgo and a young Toronto collective, The Heavyweights Brass Band, which is emerging as one of the most exciting new acts on the Canadian jazz scene. Inspired by the New Orleans brass band tradition, The Heavyweights’ original stance keeps one foot firmly rooted in the rich legacy of jazz, while the other foot is dancing! 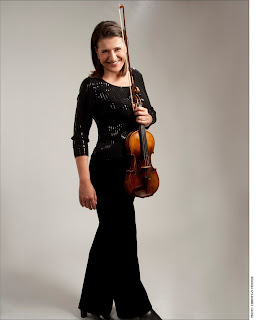 Pianist Daniil Trifonov and violinist Nadja Salerno-Sonnenberg make their Koerner Hall debuts on April 14 and 19 respectively. As part of the Invesco Piano Series, the charismatic young Russian Trifonov, who has been described as “freakishly brilliant” by The Washington Post, presents a program of Alexander Scriabin’s Piano Sonata No. 2 in G-sharp Minor, Op.19 “Sonata-Fantasie”; Franz Liszt’s Piano Sonata in B Minor, S.178; and Sergei Rachmaninov’s Variations on a Theme of Chopin, Op.22. Electrifying and fearless, Salerno-Sonnenberg is accompanied by pianist Anne-Marie McDermott in a program titled “Dark & Light.” The journey starts with Arvo Pärt’s short and hauntingly beautiful Spiegel im Spiegel (Mirror in the Mirror), and connects, without a break, to the ominous F minor opening of Sergei Prokofiev’s powerful Sonata No. 1. The second half of the performance features César Franck's popular Violin Sonata in A Major. 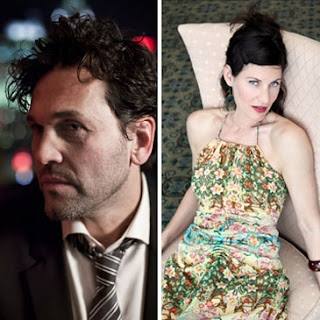 On Friday, April 19, Montreal-based singer-songwriter Martin Léon will share the stage for the first time with his Toronto counterpart Lily Frost. A master of slinky and hypnotic grooves, Martin is also a tireless traveler who draws inspiration from the images and sounds gathered on his global journey. As for Lily, she has applied her flawless pop smarts to an ever-expanding body of work in which the personal and the universal are in constant dialogue. These great artists will swap stories and professional secrets, reminding us that the love of songs - and the desire to share them - is the surest way to bridge the gap between our so-called solitudes. Chansongs, part of The Royal Conservatory's Montréal Ã  Toronto concert series, is presented in association with the Songwriters Association of Canada.

Gregory Hines called him "the greatest tap-dancer to ever lace up a pair of tap shoes." The New York Times raves, "to see Mr. Glover dance is to see a virtuosic and authentic artist at work." He performed on Broadway as a child and has appeared in numerous movies, TV shows, and music videos. On April 20, in a tribute to his idols, hoofer Savion Glover performs an all-new concert where his reverence for the art of tap is put to the stage, in the form of a living altar where he pays his respects to the craft that he has perfected.

The popular Canadian blues series Bluebird North returns on April 27. Top Canadian songwriters come together with host Blair Packham to perform their music and tell us about the inspiration, the songwriting process, and even the music business stories behind the songs. Each concert will feature a different lineup of distinguished musicians.

The month closes with April 28's chamber concert with renowned pianist Garrick Ohlsson and the Swedish Chamber Orchestra. They'll play an all-Beethoven program, incluidng the Coriolan Overture (Op. 62), the Piano Concerto No. 4 in G Major, Op. 38 and the Symphony No. 3 in E-flat Major, Op. 55, the beloved Eroica. 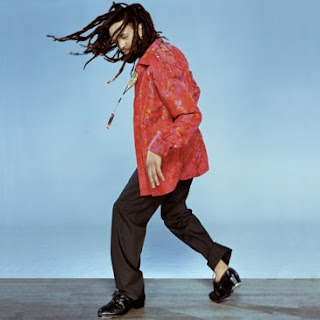