COBA:CURRENT SHOWS
Our Lights Are On
"Evoque, passions deep within" 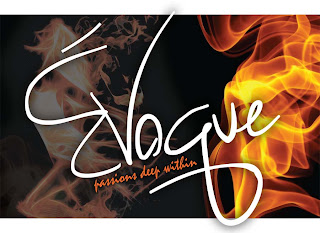 TORONTO - After 20 years on the Toronto arts scene, COBA continues to innovate on traditional works with its home season production, Evoque, passions deep within. Featuring premiere works by Arsenio Andrade Calderon and BaKari IfaSegun Lindsay and guest performances by Beyond Sound Empijah, Evoque cover themes of tradition, spirituality, violence and feminism. Join us as after the performances for talk-back sessions with our artists.

• In honour of Calderon's piece, Red Candle, a portion of all ticket sales will be donated to UNESCO in support of their mission to contribute to the building of peace, the eradication of poverty, sustainable development and intercultural dialogue through education, the sciences, culture, communication and information.

Red Candle (Arsenio Andrade Calderon) - PREMIERE
‘through this particular work I represent an important social issue that  has been affecting our society. In one way or another  it is not specially the story of one but the story of many.  We have not been focusing on violence and human rights abuses against individuals especially women . This is a worldwide disease.....'

Doption (BaKari I. Lindsay) - PREMIERE
A work that is a vision on spiritual transcendence. It draws heavily on African spiritualism, which dates back centuries but is reflective and responsive to the present. In the Shouter Baptist movement a “doption” is a guttural sound used by baptismal candidates during ritual for spiritual transcendence. This guttural vocal is as much physical as its oral and often moves the initiate to a place of “free will”.

Ancestral Calling (BaKari I. Lindsay)
A call often requires an answer but its the answer that fuels the conversation.  Ancestral calling is a dialogue of self.  Originally commissoined by Les Enfants Dance Company of Trinidad and Tobago as part of their 50th anniversay celebrations, Ancestral Calling had its Canadian premiere in 2012 as part of Moonhorse Dance Theatre's Older & Reckless series. 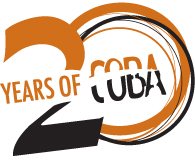 Doun Doun Dance (Sis Robin Hibbert)
A playful tribute to Guinea’s spirited ku-ku rhythm and the high-octane stick-drum dancing traditionally performed by women from the Forest Region.  Originally performed only on the djembe, ku-ku is played to mark the end of the harvest festivities and during celebration festivities.

COBA Collective Of Black Artists
Founded in 1993, COBA is dedicated to creating and presenting both traditional and cutting-edge contemporary dance and music that celebrate and reflect an Africanist aesthetic.

Led by the remaining artistic co-founders, Charmaine Headley and BaKari IfaSegun Lindsay, COBA has evolved over the past 20 years into a charitable organization that serves a wide community. Offering dance and drum classes for children, a professional training programme, open classes for teens, adults and seniors as well as educational workshops for schools, COBA continues to fulfill its mission to preserve and promote the cultural traditions of Africa and the African Diaspora through research, education and performance.