Picks from my friends at GAT PR:
Hot Docs Film Festival
April 25 to May 4, 2013 in Toronto

15 Reasons to Live – Directed by Alan Zweig -  World Premiere
When documentarian Alan Zweig discovered Ray Robertson’s non-fiction book Why Not? Fifteen Reasons To Live,  (and came to know Ray Robertson), he was intrigued by the concept of organizing the panoply of life itself into a list. Said 15 reasons are: Love, solitude, critical mind, art, individuality,

home, work, humour, friendship, intoxication, praise, meaning, body, duty and death. To savour them all would presumably be to truly live. Thus was born 15 Reasons To Live, the most ambitious work to date by Zweig (Lovable; I, Curmudgeon; Vinyl), with his first use of a crew, a wide location schedule (stretching a thousand miles from North Carolina to Montreal), and a first-time use of animation mixed with live documentary. 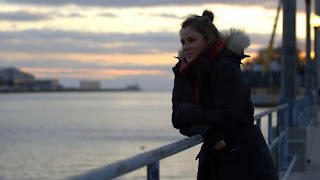 ALIAS – Directed by Michelle Latimer -  World Premiere
The media message has always been that rap glamourizes and feeds the “thug life.” From NWA’s Straight Outta Compton, to the West Coast/East Coast powderkeg that killed Tupac and Notorious B.I.G., to a string of shootings in Toronto recording studios, the music has been demonized and stigmatized as the “gateway” to youth gang culture. But ALIAS, the feature documentary by Michelle Latimer, looks directly at the lives of Toronto rappers, who’ve sprung from ‘hoods that have turned into angry “territories.”  There she found stories that belied the stereotypes, young rappers using the form as an alternative to gang life, and as a possible escape. And their expression – while a stark and realistic portrait of Canada’s growing underclass - is anything but an endorsement of thug life.

Free the Mind – Directed by Phie Ambo -  Canadian Premiere
Phie Ambo’s Free The Mind: Can You Rewire The Brain Just By Taking A Breath? shows pathologies like Post Traumatic Stress Disorder, ADHD and anxiety being tackled directly, while painting a wide-eyed picture of the organ responsible, a mysterious, unimaginably complex chemical computer with potential that we’ve only begun to explore. Inspired by her own bout of panic attacks years earlier – treated with meditation rather than medication – the eclectic Danish filmmaker aimed her camera at the works of University of Wisconsin scholar Richard Davidson, the founder of The Center for Investigating Healthy Minds, and three of his case studies. 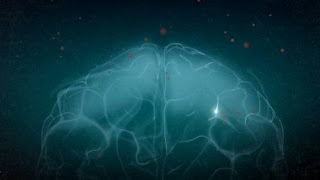 The Ghosts in Our Machine – Directed by Liz Marshall -  World Premiere
With dramatic impact, Liz Marshall’s The Ghosts In Our Machine gently reveals a stark reality that is hidden from our view. Through the heart and lens of acclaimed animal photographer Jo-Anne McArthur, this consciousness-raising documentary shines a cinematic light on the animals we don’t easily acknowledge - the “ghosts” - are commodities within the machine of our modern world. Over the course of a year, award-winning director Liz Marshall follows McArthur as she photographs several animal stories in parts of Canada, the U.S. and in Europe. Each story is a window into global animal industries: Food, Fashion, Entertainment and Research. All part of an epic photo project called We Animals (www.weanimals.org) now in its 15th year and shot all over the globe, McArthur has documented the lives of animals with heart-breaking empathic vividness and professionalism.

The Manor – Directed by Shawney Cohen -  Opening Night & World Premiere
When Shawney Cohen was six his father bought The Manor, a small-town strip club/motel. Thirty years later, his father has ballooned to 400 pounds, while his mother, at 85 pounds, ironically struggles with anorexia. And Shawney? He’s been a strip club manager for longer than he’s been a filmmaker. The two career paths dovetail in The Manor, a soul-searching feature debut, where he turns the camera on his 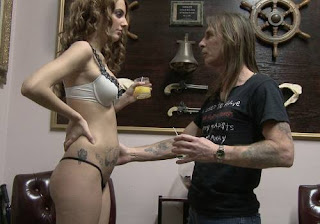 father Roger, mother Brenda, brother Sammy, and also on himself, creating an intimate portrait of four people struggling to call themselves a family.

Tales from the Organ Trade – Directed by Ric Esther Bienstock -  North American Premiere
Tales From The Organ Trade, by acclaimed documentarian Ric Esther Bienstock (Sex Slaves: aka The Real Sex Traffic, Ebola: Inside an Outbreak), and narrated by David Cronenberg, travels the world, shining a light on what seems a rampant human indignity. The documentary is a gritty and unflinching descent into the shadowy world of black-market organ trafficking: the street-level brokers, the rogue surgeons, the impoverished men and women who are willing to sacrifice a slice of their own bodies for a quick payday, and the desperate patients who face the agonizing choice of obeying the law or saving their lives.