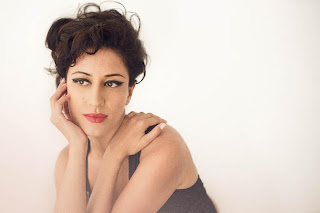 (Hamilton, ON)—International songstress Ana Moura is “carving out a bold destiny for Fado” (New York Times) with her fifth studio album and Decca debut, Desfado (February 26, 2013), co-produced by Grammy-Award winner Larry Klein and featuring Herbie Hancock. She has emerged as one of Portugal’s leading voices of traditional Fado (which means “fate”) with her mesmerizing interpretations of her country’s soulful answer to the blues. To coincide with the release, Moura will hit Hamilton, Ontario as part of a North American tour taking her through major cities such as San Francisco, Seattle, Boston, Washington, D.C., Minneapolis and more, kicking off February 28th. She’s sold out many of her dates so far, including Vancouver.

Desfado shows Moura embracing the emotional folk music of her country while injecting her own pop sensibility.  The 14-track album was co-produced by multiple Grammy-winner Larry Klein (Joni Mitchell, Tracy Chapman, Madeleine Peyroux) and recorded at the famed Henson Recording Studio in Los Angeles. Desfado also features the legendary jazz musician Herbie Hancock on “Dream of Fire” and quintessential saxophonist Tim Reis (Rolling Stones) on “Havemos De Acordar”. To keep things fresh and modern, Moura wanted to collaborate with composers and musicians of her own generation as well as those outside of the Fado genre such as Virgem Suta, Miguel Araújo, Luísa Sobral, Pedro Abrunhosa and Manuel Cruz to name a few.  She also worked with key players in the Fado world such as Ângelo Freire on Portuguese guitar and Pedro Soares on Fado viola. Other musicians featured on the album include David Piltch (Bob 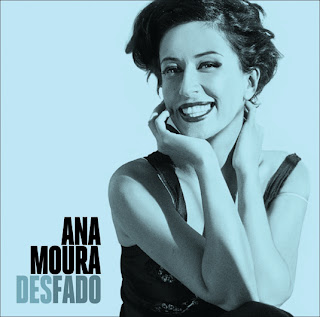 The album showcases three tracks in English including a vulnerable rendition of Joni Mitchell’s “Case of You”,  “Dreams of Fire” featuring Herbie Hancock on Fender Rhodes electric piano and the achingly soulful “Thank You”.  Other stand-outs include the beautiful “Até ao Verão” written by Márcia, the smoldering “Amor Afoito” and the title-track which derives its name from one of two themes composed by Pedro da Silva Martins from the band Deolinda.

Ana Moura’ “smoky contralto” (New York Times) has grabbed the attention of music lovers from around the world.  In 2007, Moura joined the Rolling Stones on stage where she sang “No Exceptions” with Mick Jagger, which she also later recorded for Tim Ries’ Rolling Stones Project 2-(2008) along with her own interpretation of “Brown Sugar”.  The talented chanteuse has also shared the stage with Prince in Lisbon (2009) after he discovered her music online and then travelled to Paris to see her perform.  During her live performances, Mora takes her audience on a musical journey through the traditional genre, yet pushes the boundaries for a new generation to explore.  If you love music in general, don’t miss your chance to see Ana Moura in Hamilton.

Presented by Matapa Music & Arts Organization in partnership with the Vasco Da Gama F.C. and Ventura's Signature Restaurant in Hamilton.

MATAPA aims to celebrate cultural diversity through the presentations of world music and arts, festivals and education.
MATAPA aims to build international networks through the development of new collaborations between musicians, artists and multi-disciplines to strengthen the local arts infrastructures.