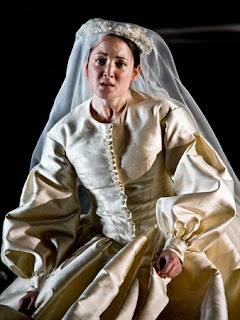 named one of the “25 Most Powerful Names in U.S. Opera” by Opera News, leads the COC Orchestra and Chorus through Donizetti’s cascading romantic melodies.  Last presented by the COC in 2004, Lucia di Lammermoor returns for nine performances at the Four Seasons Centre for the Performing Arts on April 17, 20, 26, 30, May 9, 12, 15, 18 and 24, 2013, and is sung in Italian with English SURTITLES™.

One of the world’s most influential and prolific directors of opera, American David Alden has been called “a leading light … a force in international opera today,” by The Financial Times.  He returns to the COC after more than 30 years, having directed the company’s The Abduction from the Seraglio in 1980.  This production of Lucia di Lammermoor premiered at ENO in 2008 and was remounted in 2010.  In its review of the 2010 production, The Daily Telegraph noted, “David Alden’s production makes Lucia di Lammermoor seem like a novel that Emily Brontë or the young Charles Dickens should have written but didn’t; it’s set in some haunted, dream-like early Victorian limbo … where walls are crumbling, fortunes have decayed, cupboards are full of dusty legal papers and suppressed desires are matched by explosive hatreds.”

The Gothic world of Lucia di Lammermoor, conceived by Alden and his creative team, transports audiences to the ominous, brooding Scotland of Sir Walter Scott’s popular novel, The Bride of Lammermoor, on which the opera is based.  An immediate success with critics and audiences at the time of its 1835 premiere in Naples, Lucia di Lammermoor remains one of the most popular operas in the repertoire.  Young Lucia, who is treated as little more than chattel within a brutal, power-driven society, is deceived by her brother, and forced to betray the man she loves and marry another.  When confronted by her discarded lover, the expression of Lucia’s broken heart, and now-fractured mind, results in one of the most famous and stunning mad scenes in all of opera.  The quintessential bel canto opera, Lucia di Lammermoor is a showpiece for extraordinary singing. 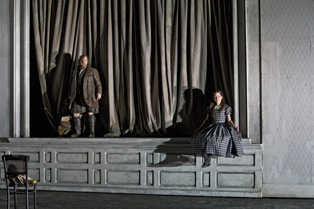 Anna Christy’s shattering performance in the title role was met with critical and popular acclaim when this production premiered in 2008.  The Daily Telegraph described her Lucia as “doll-like” and “all fey intensity, unaware of her sexual allure and pitched from the start at the edge of sanity.  Her dazzling sketched coloratura in the mad scene is electrifying.”  The Guardian said her Lucia “knocks sparks off Donizetti’s vocal lines,” a sentiment shared by The London Times with the comment that “she produced a mesmerising performance – and a top F that shook the West End.”  Christy has delighted audiences around the world with her extraordinary blend of sparkling voice, powerful stage presence and innate musicality.  She is a frequent performer at such major opera houses as the Metropolitan Opera, Lyric Opera of Chicago, and English National Opera, and has appeared at Opéra national de Paris, Royal Opera House Covent Garden and Teatro alla Scala. Anna Christy makes her COC debut as Lucia.

American tenor Stephen Costello makes his COC debut as Lucia’s lover, Edgardo.  Costello, called “a first-class talent” by Opera News, has established himself as one of the current generation’s most impressive artists.  In recent years, this young tenor has accumulated a notable roster of debut performances at a number of the world’s most important opera houses and music festivals, including the Metropolitan Opera, Royal Opera House Covent Garden, the Deutsche Oper Berlin, the Salzburg Festival, and the Vienna State Opera. 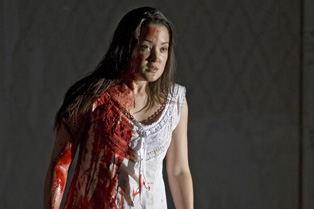 Los Angeles Opera and Washington National Opera.  Abroad, he has been heard in London, Vienna, Dublin, Auckland and at the Saito Kinen Festival in Japan.

Conductor Stephen Lord last appeared with the COC leading the 1998 production of Norma.  Currently the music director for the Opera Theatre of Saint Louis and recently named music director of opera studies at the New England Conservatory, Lord returns to conduct the COC Orchestra and Chorus. 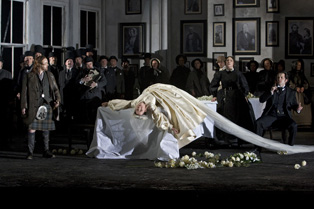 In working with David Alden to bring Donizetti’s Lucia di Lammermoor to the stage, set designer Charles Edwards and costume designer Brigitte Reiffenstuel have created a world in keeping with the Scotland of Scott’s novel.  Edwards, who makes his COC debut with this production, and Reiffenstuel, who designed the costumes for the COC’s 2012 production of The Tales of Hoffmann, are joined by lighting designer Adam Silverman and choreographer Maxine Braham, who both make their COC debuts.

TICKET INFORMATION
• Single tickets for Lucia di Lammermoor are $12 – $325 (includes applicable taxes).  Tickets are available online at coc.ca, by calling 416-363-8231, or in person at the Four Seasons Centre for the Performing Arts Box Office, located at 145 Queen St. W., Monday to Saturday from 11 a.m. to 6 p.m.
• Check the website for Standing Room, Young People, Opera Under 30 and other discounts