World Premiere: Tarragon Theatre Toronto Presents David Yee`s carried away on the crest of a wave April 16 - May 26 2013

"Because we are all connected. And we are, none of us, alone."

TORONTO (March 22, 2013) - Tarragon Theatre proudly presents the world premiere of carried away on the crest of a wave, written by acclaimed playwright-in-residence David Yee. This moving exploration of the effects of the 2004 Indian Ocean tsunami previews from April 16, opens April 24 and runs to May 26, 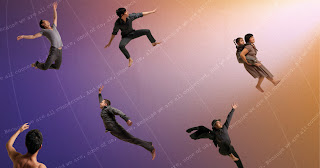 2013 in Tarragon's Mainspace (with previews beginning April 16). Tickets range from $27-$53 (inclusive of HST) and are available by calling the box office at 416.531.1827 or by visiting www.tarragontheatre.com.

A singular, cataclysmic event - the Boxing Day, 2004 Indian Ocean tsunami - took the lives of more than two hundred thousand people. It was one of the deadliest natural disasters in recorded history.

A series of vignettes about the ripple effects of this heartbreaking tragedy, carried away on the crest of a wave illustrates the interconnectedness of everything. From a mysterious escort in Thailand to a Catholic priest in India, from two brothers in Malaysia baling out their ocean-filled home to a housewife in Utah baking a pie, the play ponders what happens when the events that tie us together are the same that tear us apart?

professional Asian Canadian theatre company. A Dora-nominated actor and playwright, Yee's work has been produced in Canada and internationally. His play lady in the red dress was nominated for a 2010 Governor General's Award as well as a Dora Award for Outstanding New Play while paper SERIES was shortlisted for the 2011 Carol Bolt Award. He now makes his writing debut at Tarragon with carried away on the crest of a wave, following his beautiful performance in The Golden Dragon in 2012.

Nina Lee Aquino is a director, dramaturge and playwright and is currently Co-Artistic Director of Factory Theatre. With her Tarragon directing debut, she comes full circle as she first encountered Canadian theatre at the age of 17 performing at Tarragon's Spring Arts Fair, shortly after emigrating from the Philippines. While Artistic Director of Cahoots Theatre (2009-13), she directed premieres of Matthew MacKenzie's SIA and David Yee's paper SERIES for which she won a Dora Award for Outstanding Direction. Aquino has been nominated for several Dora AWards and was honoured with the Ken McDougall Award and the Canada Council John Hirsch Prize. She next directs the premiere of Sister Mary's a Dyke?! for Cahoots Theatre Company in May.

The design is by multi-award winners Camellia Koo (set and costumes) and Michelle Ramsay (lighting). The sound design is by Michelle Bensimon; the stage manager is Joanna Barrotta. 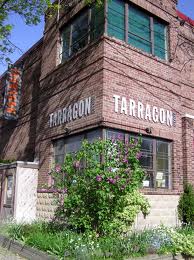 Tickets range from $27-$53 (including discounts for students, seniors and groups)
AND a Pay-What-You-Can 2:30pm matinee on May 18
Tickets can be purchased through the box office at 416.531.1827 or visit www.tarragontheatre.com
- $13 Rush Tickets at the door Fridays (on sale at 6pm) & Sundays (on sale at 1pm) starting April 26 -
david yee plays about 2004 tsunami tarragon theatre toronto toronto theatre scene world premiere