Ballet Eifman of St. Petersburg in Canadian Premiere of Rodin at the Sony Centre Toronto May 23-25 2013

Sony Centre for the Performing Arts and Show One Productions
proudly present the Toronto premiere of the
Eifman Ballet of St. Petersburg
with the Canadian premiere of Rodin
Choreographed by Boris Eifman
May 23 to 25 2013

Toronto - Sony Centre for the Performing Arts and Show One Productions proudly present the Toronto debut of Russia's most exciting modern ballet company, the internationally renowned Eifman Ballet of St.

Petersburg, with the Canadian premiere of its latest masterpiece, Rodin. This full-length contemporary ballet by visionary choreographer Boris Eifman runs three nights only - Thursday, May 23 to Saturday, May 25 - at the Sony Centre for the Performing Arts, its exclusive Canadian dates.

In Rodin, Boris Eifman, Artistic Director of the Eifman Ballet, draws his inspiration from the complex passions of a great artist. Rodin is an exploration of the remarkable life and art of the great French sculptor Auguste Rodin (1840-1917) and his turbulent relationship with his apprentice, mistress and muse, Camille Claudel. Set to music by Ravel, Saint-Saëns and Massenet, Rodin is a tale of artistic inspiration and the terrible price of genius. 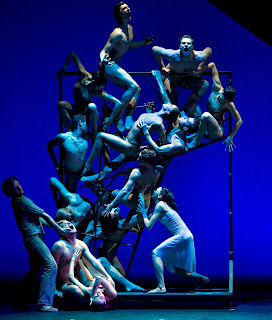 With Rodin, Eifman has created a contemporary performance where dance and sculpture come together and find an unprecedented camaraderie in a modern ballet of love, lust and jealousy. For 15 years, Rodin and Claudel had been as one sensual and creative body. A painful break-up shattered their personal and artistic relationship and Claudel's mental state. She declined into paranoia and lived out the rest of her life, isolated and forgotten for 30 years, in an asylum.

Boris Eifman is considered the face of modern Russian ballet. He is noted for creating original choreographic works based on classical ballet infused with the spirit of contemporary choreography. He has been on the cutting-edge of the art form, pushing it into the realm of what he calls "psychological ballet." His full-length ballets combine dramatic stagecraft, exquisite technique and powerful dramatic interpretation.

To capture the human spirit as Rodin and Claudel did so brilliantly in bronze and stone, was Eifman's intention in creating "one of the great ballets of the 21st century." (NYC Dance Stuff). "To turn a moment, frozen in stone, into an irrepressible stream of sensuous body movements is what I was striving for," says Eifman. 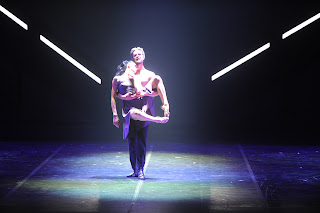 Of Rodin, Eifman explains: "The life and love of Rodin and Claudel is an amazing story of two artists in an incredibly dramatic alliance in which everything interlaced: passion, hatred, artistic jealousy. The spiritual and energetic interchange of the two sculptors is a unique phenomenon: living together with Rodin, Camille was not only inspiring him, helping him find a new style and create masterpieces, but also going through the impetuous development of her own talent; actually, she was transforming into a great master. After her break-up with Rodin, Claudel began to plunge into the darkness of insanity. Her soul was burnt to ashes with a pathological hatred to her former teacher and lover, who had stolen, in Camille's opinion, her life and gift. Rodin's longing for his muse and the torments of his conscience, as well as the Claudel's delusions-or the insane Erinye, an alter-ego full of sick obsessions-all of these are reflected in the new ballet."

About Boris Eifman / Eifman Ballet of St. Petersburg:
Boris Eifman is noted in the world of contemporary dance for probing the psychological depths of his subjects and expressing them with riveting choreography and physical expression.  Having created more than 40 ballets (Onegin, The Seagull, Anna Karenina, Russian Hamlet, and others), he is one of the few Russian choreographers to have sustained such a prolific creative life in recent decades. Eifman has received Russia's prestigious Golden Mask Award for both his works and his lifetime achievement in contemporary choreography. He is also a four-time recipient of the St. Petersburg theater award, The Golden Sofit. His other awards and distinctions include the Triumph Award, the Russian state award for his contribution to the development of the performing arts, induction into France's Order of Arts and Letter; the distinguished title of The People's Artist of Russia and a professorship at the Vaganova Academy of Russian Ballet. 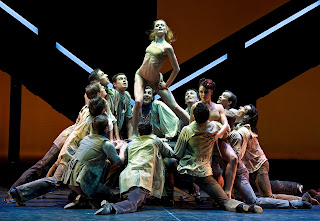