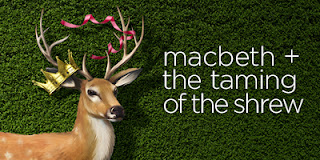 TORONTO - This summer, see Shakespeare's powerful tragedy Macbeth and early comedy The Taming of the Shrew under the stars. Both works will be playing outdoors throughout the summer on alternate nights, a rare repertoire summer at Shakespeare in High Park. This pay-what-you-can event is one of Toronto’s favourite traditions.

Macbeth
Directed by Ker Wells
Macbeth tells the story of a general’s battle with ambition, the temptation of power and his struggle to retain his grasp on his humanity. Audiences will be challenged by Shakespeare’s remarkable text to empathize with a charismatic and deeply human tragic villain, asking themselves under what circumstances they might be tempted to commit similar acts. This production of the classic tragedy will be both thought-provoking viscerally thrilling to watch. 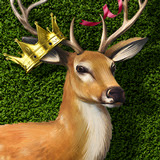 The Taming of the Shrew
Directed by Ted Witzel
The Taming of the Shrew follows the romantic entanglements of two sisters, Katherina and Bianca. Frustrated by the swinish men who populate her world, Kate vows she’ll never wed. Bianca has suitors by the truckload, but is forbidden to marry until her older sister has.

Bianca’s situation seems hopeless until Kate meets Petruchio, a lost soul with a gambling problem and a wit that rivals hers. This production transposes the play to a contemporary setting in a brightly coloured, plastic world where Eurotrash meets West Hollywood to highlight the enduring relevance of the play’s provocative gender politics. A feast for the eyes, and food for thought.

A Canadian Stage production in collaboration with the Department of Theatre in the Faculty of Fine Arts, York University

Admission
This general-admission event is free for children 14 and under and pay-what you-can for adults ($20 suggested minimum donation). Food, beverages and blankets are available for purchase.

No Pets Please
With exception to service and guide dogs, pets are not allowed in the High Park Amphitheatre.
canstage open air theatre in toronto 2013 shakespeare shakespeare in high park 2013 toronto theatre scene