Oliver Mtukudzi, affectionately called “Tuku” by fans worldwide, has weathered storms with his sharp observations and gracious emphasis on the basic human experiences that unite us all: childhood and aging, respect and hope, women’s rights and AIDS, community and connection.

Tuku’s latest album Sarawoga (U.S. release: May 21, 2013) proves that the venerable artist still has plenty to say. With a career that spans the birth of his native Zimbabwe and the advent of both Afropop and the 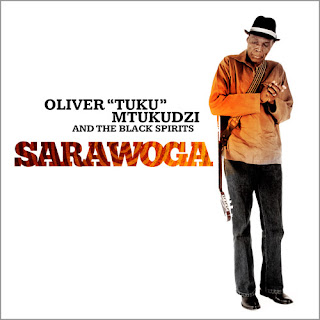 global love affair with African roots music, Tuku’s quicksilver guitar work, keen ear for melody, and evocative voice have earned him intense adulation at home. His organic, savvy mix of traditional ways, pan-African influences, and cosmopolitan pop forms became widely known as Tuku Music. It has made Tuku a household name across Southern Africa, as well as across Europe and North America, thanks in part to major releases of his work in the 1990s and 2000s.

Revered as both accomplished musician and public figure, Tuku has explored a variety of media over his long, successful career: launched a popular local arts center, mentored countless local musicians, produced musicals, made films, and spoken out in a soft but persuasive way on key issues in Zimbabwean and African society.

Born into a family of modest means but great musical spirit, Tuku grew up singing with his parents and siblings in a rough-edged neighborhood in Harare, in what was still Rhodesia, a colony dominated by a ruling European minority. “I left school and for three years, I couldn’t find a job. I was one of the few guys among my peers with a fine secondary education,” Tuku recalls. “But I couldn’t get a job because I was black.”

Tuku found unique ways to address and combat oppression. As a young performer in his early twenties, he and his colleagues began confronting the regime through music. He cut his first successful single in 1975 and performed with another of Zimbabwe’s favorite musical sons, Thomas Mapfumo, as part of the legendary Wagon Wheels. Forerunners of the Afropop revolution, the band put an electric spin on long-standing traditions, in songs inspired, among other subjects, by their country’s recent war of liberation from colonial oppression.

“Before independence in 1980, it was the fight against the Rhodesian regime. My music then spoke against oppression and the repressive regime and how we were suffering at the hands of the regime,” Tuku remembers. “My music then helped people identify themselves…who we were and what we wanted to be.”

Though his early work fell squarely into the burgeoning rock- and funk-inspired Afropop of the era, Tuku always felt it as a continuation of older, deeper roots. “Even when I played with electric equipment, I always adapted older tunes,” explains Tuku. “I played guitar like I was playing a traditional instrument.” 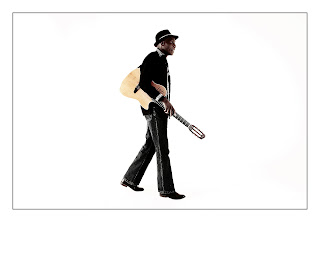 performers, The Black Seeds, Tuku experienced the ups and downs that mark the careers of many seasoned musicians. He collaborated with dozens of Zimbabwean talents, worked with South African producers and musicians (including members of the Southern African super group Mahube he helped found), and organically blended musical directions from across Southern Africa.

Tuku went about reframing and refining these sounds to make a very clear and passionate point. He hoped to find a new place in the musical culture for these vital, older instruments. “I realized that our youngsters were thinking that these instruments were the worst and were looking down on them. But the pop songs everyone was listening to sounded just as good on traditional instruments,” recounts Tuku. “So I did three albums playing all songs that way, on traditional instruments, to prove the point that our instruments aren’t inferior and our young people shouldn’t feel inferior, either.”

Tuku’s message—from his first songs protesting colonial injustice to his latest compositions calling for respect and kindness—has always been woven from metaphor. Favoring imagery and small snapshots to sweeping political statements, Tuku sees his lyrics as springing from a deep well of vivid metaphor found in Shona, the 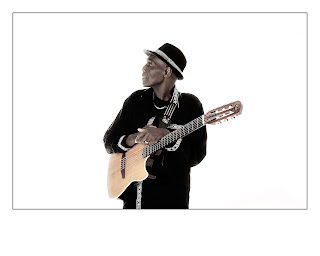 majority vernacular language of Zimbabwe, just as his music finds its beginnings in traditional sounds. This more literary approach to expression not only had its aesthetic advantages, but embraces the full ambiguity and complexity of life.

“The metaphorical possibilities are part the beauty of my language,” Tuku muses. “It is not only the most beautiful but the best way to express many things. It gives a full view of life, lots of life.”

With five dozen albums under his belt, as well as an ongoing curiosity to explore other media (film, theater) and work with young, aspiring artists, Tuku has kept his passion for musical creativity, even after nearly five decades of work. Still savoring tours and life on the road, Tuku says, “You get to a place and even if you’ve been waiting and travelling, you find something else, something fresh, there. It’s something new and it’s wonderful.”

Now accompanied by a mixed ensemble of young and veteran musicians, Tuku constantly explores subtle new ways of drawing his listeners into greater thoughtfulness, of expressing the universal in life’s little things.

“One of the songs on this album”—Tuku’s 61st—“is a welcome song,” he says with a smile. “It’s a song that welcomes everybody, including the oppressor, because welcome has got no boundaries.” Much like Tuku music itself.