Cape Verdean songstress Carmen Souza announces a North American summer tour, celebrating the release of her new album Kachupada. On June 14th she'll be in New York CIty at drom and June 26th she’ll be performing at the Jazz Bistro in Toronto. 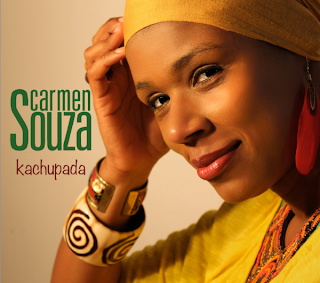 Carmen Souza and Theo Pas‘cal complement each other musically in an ingenious way has already been shown in their successful cooperation over the last few years. The latest studio-album called Kachupada, that was recorded in London and Lisbon will be released in North America on June 11, 2013, continues this tradition. The title of the album was inspired by the favorite Cape Verdean dish Kachupada that, with its wide variety of ingredients and spices, reflects the multiplicity of influences in Carmen Souza‘s music.

Carmen been peforming for more than half her life and it shows in the facility with which she uses her voice She growls, she squeaks and at times approaches heavenly purity. Her voice is fluid and elastic, expressive and emotive whether you understand the language or not. She plays with the words and rhythms - at times at dizzying speeds. The songs are often playful and bouncy in tone; sometimes influenced by the undeniable 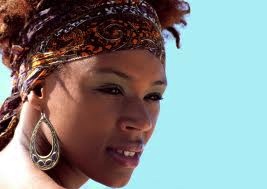 rhythms of African guitars. Influenced by its Portuguese history, Cape Verdean music often has a flavour akin to Latin or Cuban rhythms.

She has assembled a top notch cadre of musicians to help her out, capable of an impressive rhythmic complexity. Along with the solidest of rhythm sections and guitar, in various songs you'll hear flute, accordion, violin, keyboardsor saxophone..

One of the CDs highlights for me is Xinxinroti, a song where the eccentricities of her vocal style come in perfect synch with the music; at times delicate and breathy, at others vibrant and pure in tone. I was also taken with 6 On Ne Tarrafal, a plaintive acoustic guitar based ballad (see video above).

Carmen Souza represents a newer generation of artists whose globally influenced and idiom-bending music defies categorization and she'll be on tour in North America throughout June. 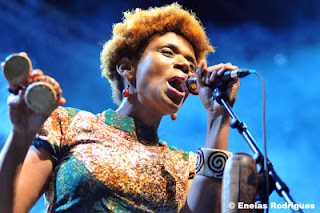