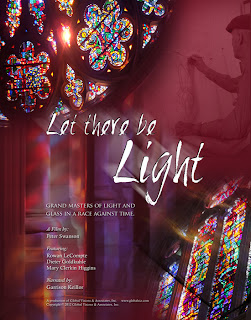 NEW YORK CITY - A new film "Let There Be Light" will have its first New York screening on May 22nd at 7:30 PM at the Salmagundi Art Club in Greenwich Village.

Narrated by Garrison Keillor, the film follows grand master of stained glass Rowan LeCompte as he makes his last great window for Washington National Cathedral.  The film recently won "Best of the Festival" at the DC Independent Film Festival.  We are thrilled that this prestigious art club is hosting this event as the film captures the passion, pain and pleasure of the creative process.

Founded in 1871, the Salmangundi Art Club is one of the oldest art organizations in the United States. Housed in an historic brownstone mansion in Greenwich Village, New York City, the Club offers programs including art classes, exhibitions, painting demonstrations, and art auctions throughout the year for members and the general public. 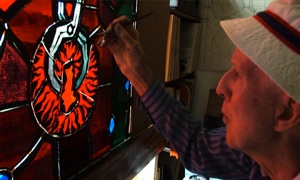 Let There Be Light
Wednesday, May 22nd, 2013
7:30 PM
Discussion with the producer/Director Peter Swanson will follow
come Early for Dinner, or Drinks at the bar!