on May 19, 2013
From my friends at Nacional Records in Los Angeles:

We wanted to share a new global bass remix from Raul Y Mexia by Captain Planet:

The remix is now available for FREE DOWNLOAD along with 22 other free songs on the brand new Nacional Records 2013 label sampler:

Raul Y Mexia are Latin music royalty, the two sons of legendary Los Tigres del Norte singer Hernan Hernandez. Their album was produced by Toy Selectah – who recently hit #1 on the Billboard charts in the 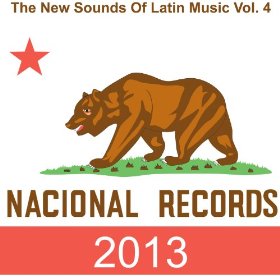 US and Mexico with 3BallMTY’s “Intentalo.” Raul Y Mexia have been recently profiled in NY Times, Billboard and NPR, with upcoming syncs in HBO Latino, ESPN and the new Grand Theft Auto video game

From a media release: Travel Poll 2021: How Long Will Social Distancing Last? I nvisibly , a data-driven research company, used it’s Realtime Research tool to poll 2,799 people to find out how they feel about returning to activities like travel, cruises and large sporting events in the current pandemic circumstances, and compared this to an identical survey done in July 2020.  Turns out, certain travel and tourism will continue to take a massive hit this summer in certain areas, including sporting events, cruises and other crowded venues. 71% said they will wait 6+ months before stopping social distancing. Highlights 22% of respondents said they would consider going on a cruise now compared to 59% who said they would need another 6+ months before considering going on a cruise.  15% of respondents said they would consider attending a large sporting event now, while 52% will wait another 3-6 months. 17% of respondents won’t currently vacation anywhere with crowds, compared to 49% who wil

Nightwood Theatre presents a Live Encounter by UnSpun Theatre LOST TOGETHER May 25 - June 5, 2021

From a media release: Nightwood Theatre presents a Live Encounter by UnSpun Theatre LOST TOGETHER May 25 - June 5, 2021 Check It Out (Toronto)— Nightwood is pleased to present UnSpun Theatre’s Lost Together, conceived by Shira Leuchter and created and realized by Shira Leuchter and Michaela Washburn, from May 25th to June 5th, 2021. In this micro-multi-disciplinary art piece, audience members enter a digital space one at a time to share a story about something they’ve lost.  Shira Leuchter and Michaela Washburn by Shira Leuchter Once shared, Michaela and Shira build and present a small object that encapsulates their guest’s story, which is added to an ever-evolving exhibition, reminding us that loss doesn’t have to be a solitary reckoning. Called an “intimate and unforgettable piece of live art” by NOW Magazine, this winner of the 2018 SummerWorks Performance Festival Production Prize brings humanity, artistry and heart to a moment well acquainted with loss. The co-creators share, “Los

Pop Harmony Perfection: KasēoGems - Don't Go (Independent / 9 April 2021) Stream it on Spotify V ancouver-based singer songwriters Geoff Gibbons and Vicky Sjohall - known as KasēoGems - decided to use lockdown time in 2020 to collaborate remotely. The two worked on both covers and originals with acoustic instruments and an intimate feel. Don't Go is their second single, a sentimental and romantic song that is also tinged with the sadness of losing so much over the last year.  Sweet vocals and vocal harmonies light up this expressive track; the duo is proof of the adage about being greater than the sum of its individual parts. They work seamlessly together despite the physical distancing. The song has the pure expression and emotion of country and roots, with layers of delicate instrumentation and harmonies that build to a lush peak. Check out the video below.  Stay in touch: Instagram: https://www.instagram.com/kaseogems/ Soundcloud: https://soundcloud.com/user-979992969 Facebo

I like mid-century modernist work - there's something brash about it in an almost naive kind of way. Also note that the images come from the building's former life as the Hummingbird Centre (I'll have to get some of my own soon) From a media release: FOR IMMEDIATE RELEASE October 12, 2010 SONY CENTRE PRESENTS EXTENDED VISION: THE ART OF PAINTER/MURALIST R. YORK WILSON       (TORONTO, ON) ... As part of its 50th anniversary season celebrations, the Sony Centre For The Performing Arts presents an extensive exhibition of the work of painter/muralist R. York Wilson beginning  Friday, October 15, 2010. R. York Wilson's mural The Seven Lively Arts , has dominated the lobby of the Sony Centre For The Performing Arts since it was first unveiled on October 1, 1960 .  The stunning 15 ft x 100 ft panorama of the arts through the ages remains a focal point of the Sony Centre's newly renovated lobby and is the centerpiece of the exhibition. The Seven Lively Arts is