NEW YORK CITY - Gianmaria Testa sings in Italian and lives in Italy. The cases of the life have wanted that its first three albums have been produced in France (Montgolfières, Extra-Muros and Lampo), but in five years he imposed himself as artist of talent: the press (both French and Italian) has been unanimous in individualizing him such as one of the most important actual Italian singer songwriters. 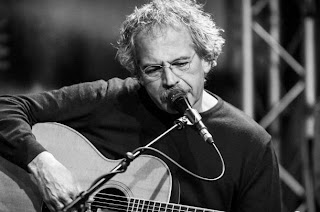 Gianmaria is a deeply popular and at the same time refined singer songwriter; a songwriter of the hoarse and velvety voice that makes his true strength in the “naked song”. Texts could be considered as small poetries that speak of fogs and meetings, of loneliness and of hills and music that evoke the tango, the jazz, the bossanova, the habanera, the waltz and they create warm suggestions, intense, that can wrap. His singing images and feelings is simple, of popular matrix, traditional, and therefore winning, it goes beyond banal comparisons and easy approaches and it is deposited directly in the intimate of whom listens.

If the international success of the first albums produced it’s certainly important, the intoxicating applause of the Olympia, the concerts in the great European and American theaters, are however extraordinarily intimate the colours of the earths of Langa; it is really typical of Gianmaria Testa to convert into music the heels of a woman that loses herself along the platform of an anonymous station as the fingernails stained with lime of a mason who dies with his house built alone in his eyes and in his heart.

Gianmaria already has to his asset more than 2000 concerts in France (among which the New Morning, the Olympia and L’Alhambra), in Italy (in some of the most prestigious theaters: Teatro Regio in Turin, Teatro della Pergola in Florence, Teatro Valle in Rome, Teatro Duse in Bologna, the new Auditorium in Rome, etc.), in Belgium, in Luxembourg (Philharmonie) in Switzerland, in Germany (Prinzregententheater Munich; Babylon Berlin; Alte Oper Frankfurt), in Austria (Konzerthaus Vienna) in Portugal, The Netherlands 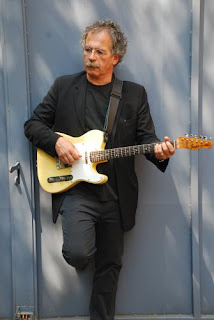 It is certainly still of actuality Gianmaria’s new album VITAMIA ("My Life" released in October 2011). Eleven tracks that embody personal and politcal reflections spanning some fifty years of "18 Thousand days" (to quote the title of one of the album's songs). Like life itself, VITAMIA is a fresco of human emotions that draws on an immense diversity of musical colors and naunces.

VITAMIA may very well be the CD that you weren't expecting from Gianmaria Testa-one in which musical settings and the sheer pleasure of making music play leading roles, with a pronounced and dramatic alternation between soft and loud dynamics.

It can seems unusual that Gianmaria Testa, one of the Italian artists more open to the collaborations and to the comparisons in special projects which mix different genres and artists (Enrico Rava, Paolo Fresu, Stefano Bollani, Greg Cohen, Gabriele Mirabassi, Erri De Luca, etc) decides to sing in solo, just voice and guitars. 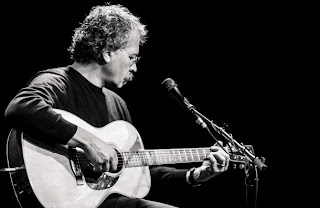 But after a more deeper reflection, we can say that it is not so strange.

For a long time Gianmaria has spoken of  "song form", of that perfect equilibrium between  text, melody and harmony that alone can hold up everything. “If songs do not live and move listeners on their own, played simply on guitar,” Gianmaria Testa remarks, “then no arrangement or gimmick can save them.”

That's why a solo concert, so intimate and familiar, full of emotions and unmatched intensity. A concert essentially based on Gianmaria Testa's songs, the old and new ones, including new arrangements, new suggestions, and new emotions