Morgan Freeman to be Honoured May 6 2013 in Toronto

Academy Award-winner Morgan Freeman to be honoured with Key of Knowledge Award by Canadian Friends of The Hebrew University
Proceeds to support the Institute for Medical Research Israel-Canada
May 6, 2013
Toronto Centre for the Arts

TORONTO, ON – Canadian Friends of the Hebrew University of Jerusalem (CFHU) today announced they will honour Academy Award-winner Morgan Freeman with The Key of Knowledge Award, for his dedication to combating racism and promoting knowledge and education worldwide. The award will be

given at A Celebration of Excellence, an event honouring individuals who have changed the world and impacted lives through the advancement of knowledge on Monday, May 6 at the Toronto Centre for the Arts.

Proceeds from the event will benefit the Institute for Medical Research Israel-Canada, Canada’s premier institute in Israel and a symbol of the scientific cooperation and friendship between both countries. In addition, proceeds will establish The Morgan Freeman Scholarship Fund for international students participating in the Public Health and Community Medicine Program at Hebrew University. The evening will feature a question-and-answer period with Freeman, moderated by Emmy Award-winning filmmaker Paul Saltzman.

“There is a saying that ‘he who opens a school door, closes a prison.’ Some of the greatest problems in our world today, from racism, to the environment, health, malnutrition and disease, are caused due to a lack of education and knowledge," said Freeman. "This is why I have dedicated so much of my time to promoting education around the world, and it is why I am proud to receive the Key of Knowledge Award from the Canadian Friends of The Hebrew University – an organization that celebrates learning and academic excellence.” 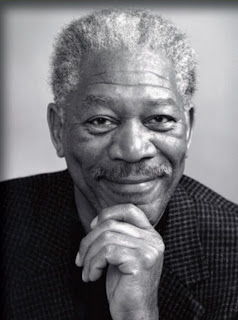 • Sponsorship packages are available from $1,800 to $100,000.
• Packages include a cocktail reception and VIP dinner with honourees Freeman, renowned IMRIC brain scientist Dr. Amir Amedi, and Dr. Josephine Ojiambo, Kenya’s Ambassador to the United Nations and Hebrew University Alumni.
• Tickets to the awards ceremony and main event ($180) include a dessert reception at intermission.

*All gifts are tax deductible to the maximum extent allowable.

About Canadian Friends of the Hebrew University of Jerusalem:
Founded in 1944 by Canadian philanthropist Allan Bronfman, Canadian Friends of The Hebrew University (CFHU) promotes awareness, leadership and financial support for The Hebrew University of Jerusalem. It does so by establishing student scholarships, supporting academic research and faculty exchanges, and recruiting Canadian students to attend the Rothberg International School. In addition, CFHU builds partnerships between Canadian and Israeli scientists through Hebrew University’s Institute for Medical Research Israel-Canada (IMRIC). Through IMRIC, Israeli and Canadian scientists are working together to find solutions and better treatments for diseases such as cancer, diabetes, Alzheimer’s, and heart- and brain-related disorders. In 2008, CFHU undertook a $50-million campaign to fund IMRIC and provide its researchers with the equipment, infrastructure and facilities they need to carry out their work.

About the Institute for Medical Research Israel-Canada:
The Institute for Medical Research Israel-Canada (IMRIC) brings together the brightest minds from across Israel and Canada to find solutions to medical problems such as cancer, Alzheimer’s, heart disease, and brain related disorders. Today, IMRIC enjoys 15 partnerships with Canadian institutions such as The Rick Hansen Foundation, McGill University, University of Toronto, University of British Columbia, and Toronto Western Hospital.