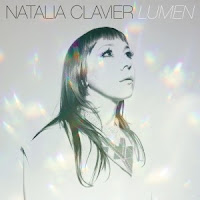 With a sultry mix of jazz/soul-inspired vocals in both English and Spanish, electronic textures and global influences, ‘Lumen’ further develops the sound the Natalia Clavier cultivated while recording and touring with both Thievery Corporation and her husband, Argentinean singer-songwriter Federico Aubele. Natalia Clavier was ESL Music’s first female artist and the touring vocalist for Thievery Corporation, giving her opportunities to tour the globe performing at the world’s largest festival stages.