NEW YORK CITY - The Glass Menagerie is Tennessee William’s poetic masterpiece, anchored by the ageing southern belle Amanda Wingfield, who hopes for her son Tom to fulfill her dreams of finding the perfect “gentleman caller” for her shy and damaged daughter Laura. 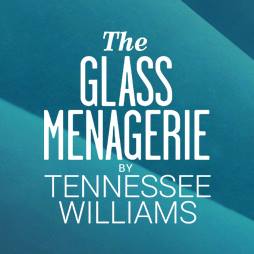 Producers Jeffrey Richards and John N. Hart Jr., in association with the American Repertory Theater (A.R.T.), are pleased to announce that tickets are now on sale for the 17-week limited engagement of the critically-acclaimed revival of The Glass Menagerie at the Booth Theatre (222 W 45th Street) with performances beginning Thursday, September 5, 2013, and an opening night set for Thursday, September 26th.The production will star multiple Tony and Emmy Award-winner Cherry Jones as Amanda Wingfield, film and stage star Zachary Quinto as Tom, two-time Tony-nominee Celia Keenan-Bolger as Laura, and Brian J. Smith as Jim, the Gentleman Caller. 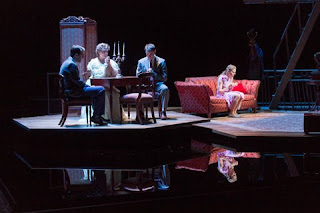 The Glass Menagerie is headed by the award-winning team of Once, directed by Tony Award-winner John Tiffany with set and costumes by Bob Crowley, lighting by Natasha Katz, and sound by Clive Goodwin. Original music is composed by Nico Muhly, and movement by longtime Tiffany collaborator Steven Hoggett.

Tickets can be purchased at Telecharge.com, by calling (212) 239-6200or at the box office of the Booth Theatre.