Toronto Symphony Orchestra Concerts for May 2013

the TSO blooms in May with colourful piano pieces,
Symphonie fantastique and the score of
West Side Story performed live with the film!

• Tickets for all concerts at this link

May begins with sensuality, humour, and passion with Maestro Stéphane Denève's scintillating panorama of French classics for the Toronto Symphony Orchestra; the dream-like landscape of Debussy's Prelude to the Afternoon of a Faun, Poulenc's playful Concerto for Two Pianos and Orchestra performed by French

pianists Frank Braley and Eric Le Sage, and the imaginative world of Berlioz's Symphonie fantastique (May 1, 2, & 4).
• Pre-concert chat in the North Lobby on May 4 at 7:15pm with Rick Phillips.

On May 8 & 9, guest conductor Christoph König will lead the TSO through Brahms's towering Symphony No. 1, nicknamed 'Beethoven's Tenth.' Brahms's piece shares the bill with Beethoven's Piano Concerto No. 4, showcasing the distinguished talent of Argentine pianist, Ingrid Fliter, praised by London's Sunday Times for her "exhilarating and powerful performances."
• Pre-concert chat in the North Lobby on May 8 at 7:15pm with Rick Phillips.

From the company that introduced young audiences to How the Gimquat Found Her Song, Platypus Theatre brings an afternoon of colourful masks, puppets, and costumes to the TSO with Emily Saves the Orchestra (May 11 at 1:30pm & 3:30pm). During a performance of Beethoven's Ninth Symphony led by conductor Evan Mitchell, Emily, a spunky 10-year-old, is drawn out of her seat and onto the stage by the 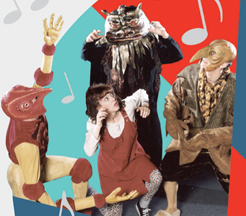 sound of the beautiful music. Her bold behaviour brings her more than she has bargained for as she soon finds herself face to face with the terrible monster Cacopholous, and in a battle to save music!
• Young People's Concerts are performances for families with children ages 5-12.

As part of the Afterworks concert series, May 15 will feature the TSO début of pianist Kirill Gerstein as he performs Tchaikovsky's dynamic, folk-flavoured Concerto No. 1. The New York Times praised Gerstein's reading as "brilliant, perceptive and stunningly fresh." Afterworks concerts are 75-minute Wednesday classical music performances that begin at 6:30pm and are hosted by CBC personality Tom Allen. Skip rush hour and arrive early for complimentary pre-show hors d'oeuvres.

On May 16 & 18, Maestro Giancarlo Guerrero leads the TSO in Bartók's bold and brightly-coloured Concerto for Orchestra. The concert will also showcase Kirill Gerstein performing Tchaikovsky's dynamic, folk-flavoured Piano Concerto No. 1, and another dose of electricity with Rimsky-Korsakov's celebratory Russian Easter Festival Overture.
• Pre-concert chat in the North Lobby on May 16 at 7:15pm with Rick Phillips.

Spring is a time for love, new beginnings and Brahms's stirring A German Requiem (May 22, 23 & 25).  TSO Music Director Peter Oundjian will lead this programme, including the Canadian première of Peter Lieberson's lyrical song-cycle, Songs of Love and Sorrow, inspired by love poems from the work of Nobel Prize-winning Chilean poet, Pablo Neruda, and sung by bass-baritone Gerald Finley (May 22 & 23 only). 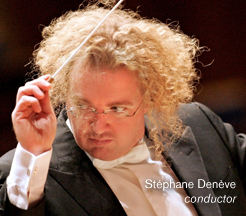 The Toronto Symphony Orchestra is taking the movie-going experience to a whole new level! Led by TSO Principal Pops Conductor Steven Reineke, the Orchestra will play Leonard Bernstein's electrifying score live, while the re-mastered film is shown in hi-def on the big screen with the original vocals and dialogue intact (May 28 & 29). Winner of ten Academy Awards®, the film, based on the book by Arthur Laurents, was directed by Robert Wise and Jerome Robbins. It features Robbins's choreography, screenplay by Ernest Lehman, and lyrics by Stephen Sondheim. The score includes such classic songs as Maria, Tonight, I Feel Pretty, and America.

About the TSO: Founded in 1922, the Toronto Symphony Orchestra is one of Canada's major cultural institutions and is internationally recognized as a leading orchestra. Under the leadership of Music Director Peter Oundjian, the TSO is committed to innovative programming and showcases a roster of distinguished guest artistsand conductors. In addition to performances, the TSO serves the community with one of the largest music education outreach programmes amongst North American orchestras, connecting students throughout Ontario with acclaimed curriculum-based programming.