• Check events at the link

TORONTO - Now in its seventh year, the multi-disciplinary festival takes over the city's stages and outdoor venues from the 14th to the 23rd of the month. There's been a substantial amount of exciting

musical offerings from around the globe in recent festivals and this year is no exception. From Chinese reggae to Ukrainian grooves via Malian blues, there's a lot on tap for the world music fan and the fact that the concerts are free... well that's the clincher.

On Saturday June 15th, starting at 8:00 at Pecaut Square, the 'Reggae Around the World' concert features Long Shen Dao and Maxi Priest. A Reggae band from Beijing, you say? It just goes to prove the international currency that the style continues to have. Certainly Maxi Priest, who hits the stage at 9:00 has

something to do with that.

The following afternoon on Sunday the 16th, Sahara Desert Blues brings the return to town of two great African voices - Bombino and Amadou & Mariam. Luminato Festival programmer Derek Andrews says 'Mali was in turmoil this past year and our double bill of Bombino with Amadou & Mariam is a salute to the depth of desert music culture.' That so much great music comes out of that region is truly extraordinary. Hopefully the crisis there will subside soon and music prevail. 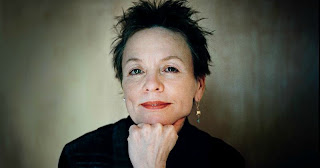 Later that same day at 8:00, it's Art Music, with DakhaBrakha and Laurie Anderson. Kyiv's DakhaBrakha were one of the discoveries at last fall's WOMEX (and we're planning their return trip here for the Small World Festival). A remarkable sound, based on a unique melding of Ukrainian folk music with a global set of influences and a very contemporary attitude. Opening for the legendary avant-garde New Yorker promises something special indeed.