Musicians on Film: Indiecan Entertainment Presents The Sheepdogs Have At It - Opening June 21, 2013 in Toronto

(Toronto)  – Indiecan Entertainment presents the debut of John Barnard’s feature film THE SHEEPDOGS HAVE AT IT, which was the Closing Gala of the Whistler Film Festival last year. 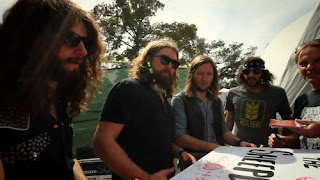 Producer Kyle Bornais (We’re The Weakerthans, We’re From Winnipeg) and Barnard's Farpoint Films documentary features the successful rise of the super popular rock band - The Sheepdogs - and their efforts in winning the coveted spot on the cover of Rolling Stone Magazine.

THE SHEEPDOGS HAVE AT IT is a rock and roll documentary about the incredible story of a Canadian  band’s rapid rise from obscurity to the cover of Rolling Stone magazine, and the recording of their next, and most important, album.  The film follows the band into a Nashville recording studio as they record the album with producer Patrick Carney from The Black Keys. The band’s fate rests upon the success of their new album, and everyone is watching and waiting for the four young men to prove themselves to the world.  The film also provides a glimpse inside a rapidly changing music industry and the challenges 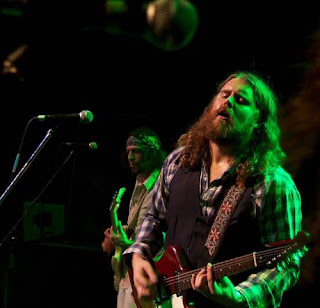 faced by management, marketing and agents with increasingly limited resources.  THE SHEEPDOGS HAVE AT IT is about believing in yourself, being dedicated to what you love, and never ever giving up.

“I am very excited that Indiecan will be releasing THE SHEEPDOGS HAVE AT IT, says distributor Avi Federgreen. “ As a huge Sheepdogs fan to begin with, when I saw the film it was obvious this was one music documentary that could not be left out. I know audiences will eat this up.”

“I made the film because I loved the music and felt an innate need to tell this story,” says producer Bornais. “When looking for distribution I knew it had to be someone who was just as passionate about the music as they would be about the film, as I was, and certainly found that in Avi and Indiecan.” 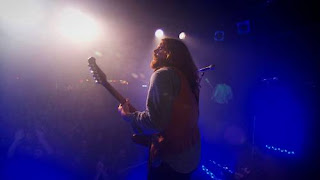 THE SHEEPDOGS HAVE AT IT will be the Opening Film at this year's Open Roof Festival on June 20, with a special live performance by the band who will be in attendance.

The band  will attend  Friday, June 21st early evening screening, and will conduct a Q+A following the screenings with Director John Barnard.  John Barnard will be at the late show Q&A on the 21st also and on the Saturday, June 22nd early and late shows.

At the special premiere in Saskatoon on the 19th. John Barnard will be there and so will the band and they will be doing a special short acoustic set after the Q&A