Having appeared on over two hundred recordings as a sideman, pianist Mike Wofford now continues to record and perform primarily as a leader.  He has received critical acclaim for his “Live at Maybeck” volume 18 in the Concord Records solo piano series, and his 2004 CD “Live at Athenaeum Jazz” on 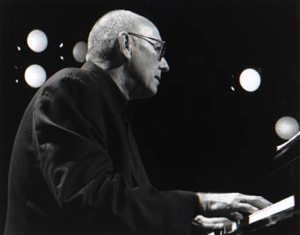 In 1989, he became pianist and music director for Ella Fitzgerald until her retirement in 1992. He was also house pianist during this time at San Diego’s two national jazz clubs, Elario’s and the Horton Grand Hotel. At these venues he performed with many legendary jazz figures from Art Farmer and Charlie Haden to Slide Hampton and Ray Brown, among many others.

Wofford currently performs and tours with his own groups and as co-leader in a quartet with his wife, flutist Holly Hofmann. He is also now performing with and arranging for their string orchestra configuration focused on the music of Antonio Carlos Jobim, and Ellington/Strayhorn. He continues to be one of the most in-demand pianists in jazz, working with such artists as Charles McPherson, Kevin Mahogany, Houston Person, James Moody, Phil Woods, Kenny Burrell and Benny Golson.

Benny Golson has said, “I could sum up Mike in one word: quintessential. He is the essence of a jazz pianist in his purest and most concentrated form.” Of Mike, Shelly Manne said, “[He] is outstanding…a musician’s pianist….He inspires as he plays.”

* Chip Stephens Trio's Relevancy
Stephens, with trusted teammates Dennis Carroll on bass and Joel Spencer on drums, takes on a spectrum of material that touches on outstanding work by Carla Bley, Bill Evans, Sammy Cahn, and the acclaimed songwriting teams of Rodgers and Hart, and Van Heusen and Burke, as well as three Stephens 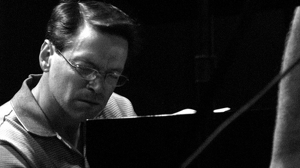 originals that reveal his gift for lyricism and vivacious swing. The result is an album that celebrates the durable joys of the mainstream piano trio tradition while also asserting the in-the-moment creativity and intensity that can be brought to it.

Born in Ashland, Ohio, in 1964, Chip is one of the best jazz artists of “generation x”. A protegé of legendary pianist and cult figure Pat Pace of Akron, he is a veteran of the Glenn Miller, Woody Herman, and Maynard Ferguson bands. Now settled in Cleveland, he is part of a growing number of musicians demontrating that geography need not be destiny, namely that pianists far removed from the east coast can put together great trios and play convincing music. Possesing formidable technique, an advanced harmonic sense, and a restless mind, Chip’s playing combines strength with whimsy and solidity with surprise.

Chip Stephens is an anxious, energetic, and uncommonly talented pianist and composer whose work displays an impressive command of a widely varied palette of compositional and improvisational styles. It will be interesting to follow his growth pattern as he assumes a leading role among pianists heading into the 21st century.