Fun as Hell: Matuto’s Seductive Philosophical Trip through Brazilian Beats and Southern Roots on The Devil and The Diamond
Recently released:  The Devil and the Diamond (Motema Music, May 14)
Live at the Lincoln Center Atrium, New York City
June 20, 2013 - 7pm

It’s Carnival in Recife. It’s Mardi Gras in New Orleans. And watch out: That just may be the Devil spinning through the drunken, dancing crowd, trying to get friendly with the saint in disguise, with the diamond in the rough. The rolling drums and quicksilver accordion licks, the earthy vibe and thoughtful 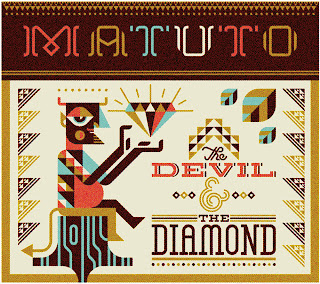 reflections mingle on Matuto’s latest refinement of their Appalachia-gone-Afro-Brazilian sound, The Devil and The Diamond (Motema Music; release: May 14, 2013).

“The devil is what’s keeping us from our best selves, which is the diamond we have the potential to become,” Ross explains, spinning the narrative thread that ties the album’s pieces together. “That dichotomy, that tension exists in all of us. In a loose way, this album outlines the journey we take, when we wrestle with the devil and find the diamond.”

What wide-ranging Americana and jazz guitarist Clay Ross and accordionist Rob Curto, one of the movers behind New York’s Forró For All (when not touring with folks like Lila Downs and David Krakauer) began as a curious exploration of their shared musical loves, Matuto (a Northeastern Brazilian slang term for “bumpkin”) has blossomed into a platform for expressing broad truths, ideas inspired by Buddhist sutras, personal epiphanies, and the musicians’ down-home upbringings. It felt like the perfect way to celebrate ten years for Motema, an open-eared and broad-minded label featuring music that crosses genres and takes listeners on a journey thanks to stellar musicianship, and wise and intriguing lyrics.

Matuto are part of a broader, loosely defined movement of hard-to-define acoustic innovators, musicians savoring their own heritage as they commune across genre and cultural bounds. Hailing from different parts of the country, Ross and Curto first met in Brooklyn’s genre-defying music scene. After laying down tracks on each other’s albums, they headed to Recife together and became fast friends as they 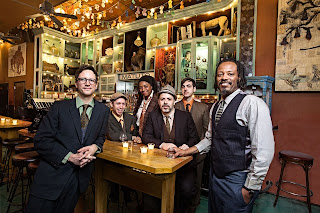 Friendship and co-creation honed the original Matuto idea. They turned what could have been little more than a wacky side gig into a serious musical venture, in which seemingly disparate threads and brainstorms are woven together organically. “Our sound has really gelled,” explains Curto, “and our style had become more codified, from a musical stand point, especially in the use of the accordion and fiddle.”

Matuto can start with an unexpected arrangement of an old chestnut like “Wayfaring Stranger” (resulting in “Diamond”), or with harmonium lines from a jam session with an Indian vocalist (“Tears”). Inspiration may come from Recife (“Toca Do Sino”) or from Carolina childhood horseplay sessions (“Horse Eat Corn”).

But it all comes together, as far-flung sounds converge in coherent, seamless songs, in music leaping beyond the fun of fusion, to express a bigger artistic picture, be it a tale of thwarted desire or the challenge of tussling with inner demons.

“Trimming the fat, that’s the idea of the record, both lyrically and sonically,” Ross notes. “Musically, it was more about editing instead of layering, more about things that we took away, as opposed to things 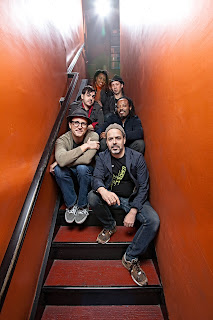 that we added. The last record has this massive band, whereas we simply use the sound of our six-piece live band this time around. It gives the songs real continuity, as there’s a similar sonic palette.”

Ross, whose parents thought he’d grow up to be a preacher, and Curto found they were both deeply moved by the practices of Buddhism, in particular the self-observation and compassion that are cultivated by meditation. Images arising from the Diamond Cutter Sutra and life lessons gleaned from long sessions sitting in silence guided the shape of the album.

Yet another current—the sensual danger and madcap renewal of the pre-Lenten carnival season across the Americas—sidled up to the songs’ suggested spiritual journey. The juxtaposition and tensions make instrumentals like “Demon Chopper,” a title suggested by a high-strung acupuncturist’s announcement of her powers, poignant and catchy at once, as rippling guitar, fiddle, and accordion solos shine against a backdrop of earthy Afro-Brazilian beats. “Tears” feels as ear-catching as a well-crafted, bittersweet pop song, though based on afoxê beats connected to the Afro-Brazilian religious rituals of candomblé and powered by modal, distorted blasts of accordion.

The mix of bluegrass and forró, of Mehta and Mardi Gras, has proven to have real legs, taking the band 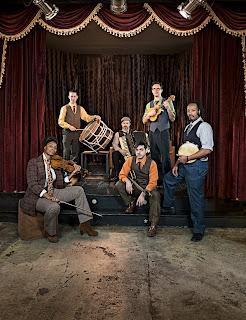 from club dates in the Deep South to diplomacy-minded State Department tours across Eastern Europe and West Africa. A showcase in Copenhagen got the band a gig at one of the most staunchly traditional festivals in Recife, the Feast of St. John, Brazil’s biggest forró event. The traditionalists get it: Matuto has distilled some of the spirit of the music, even as they have blended it with other sounds, and kept its steamy, sensual dance side intact.

“Matuto does what we do out of love,” reflects Ross, “and our message is simple: Follow your passion, if it leads you to Brazil, or to Cajun, klezmer, or hip hop music, it doesn’t matter. Just follow your bliss. Follow it and don’t worry.”

“We feel that way playing music together,” Curto adds. “We can just look at each other and start laughing. There’s a lot of humor and joy, even in the most serious moments.”