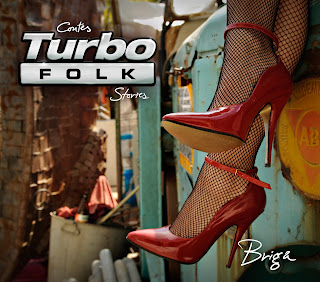 Montreal based Briga is on tour this summer into the fall, bringing their Balkan-flavoured music to North America.

Briga's music is complex yet accessible, flavoured above all by firebrand fiddler Briga and her moody violin. Their latest album, Turbo Folk Stories (Turbos Contes) offers shifts in mood from exuberant to bittersweet and pensive along with a range of influences. Certainly, the Balkans are never far from the sonic mix but at times you can hear Indian and Afro-Cuban drumming on the tablas and other percussion instruments and at times it strays into straight up jazz and even emotive alt/prog rock.

Briga trained with Romany violinist Carmen Piculeatax and Bulgarian Georgi Yanev and her playing is drenched in the subtleties and expressionism of Eastern Europe and gypsy violin. She cut her performing teeth playing Romany weddings and her passion and exuberance lights up the music. My favourites on the album are track #4 - Lela - a sultry cabaret-style tune sung in French and track #8 - Moje Brat Mitko - a dancey song with a fat Hammond B3. 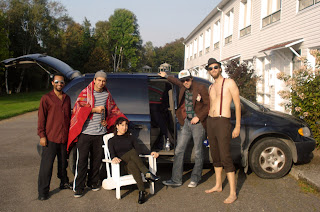 The songs are often playful and danceable, yet complex enough to interest a true music lover.

“Much of the music that has inspired me comes from a complex relationship between the emotions, love and hate, drinking and dancing,” muses Briga. “It’s a hyper-saturated photo, with all the melodrama and tragicomedy you can manage.”

That mix of wild joy and shadowy intensity, of quirky playfulness bumping up against pensive bittersweetness (“On the 40”), comes through in Briga’s songs and interpretations of classic Balkan forms (“Vihor”). The teasing vocals, supple violin line, and driving accordion of “Lela” would feel utterly at home in some long-lost, smoky post-Hapsburg cabaret (right down to the French lyrics), while the raucous “Night at the Officers Club” twinkles with Balkanesque Turbo-pop flourishes. Instrumentals like “Duj Duj” groove hard, effortlessly melding the exuberance of Roma-style violin and lively tupan (drum) with the polish and funk of jazz and rock. 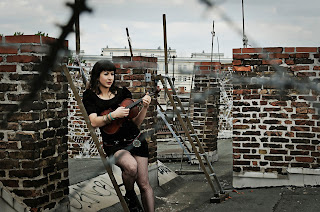