Hot Cup Records is proud to announce the release of the debut album by Jonathan Moritz' Secret Tempo.  This trio recording featuring the leader and composer on tenor and soprano saxophones, Shayna Dulberger on acoustic bass and Mike Pride on drums showcases this long-standing New York 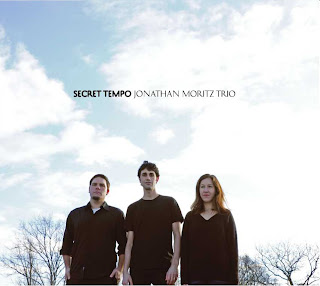 The penchant for performing in the context of a pianoless trio has long been common among more open-minded and forward thinking tenor saxophonists.  From Sonny Rollins to Hot Cup's own Jon Irabagon, this instrumentation has proved to be a versatile and inspiring vehicle for musicians who desire to explore the space it allows each individual musician.  Moritz cites Sonny Rollins and Branford Marsalis' Trio Jeepy as influential predecessors, but his compositions are an attempt to bring in the vocabulary of so-called "new music" composition: microtonality, serialism, minimalism, and the post-Cage aesthetic.

As Moritz intimates in his liner notes, the idea behind the music of "Secret Tempo" is to explore the sounds and interactions that are created when a group of improvising musicians manipulate musical time.  Rather than create music based on steady pulses and consistent densities, Moritz compositions expand and contract as each member of the trio enters and exits the piece from moment to moment.  Much jazz criticism of the last half century has emphasized the importance of space in jazz, and as fans of Miles Davis will attest, the absence of sound can be a powerful musical statement.  The fluctuating compositions and improvisations of "Secret Tempo" expose the fertile ground available to musicians if they allow for a wider range of possibilities when silence is considered.

Increasing the appeal of such a varied musical collection as the pieces on "Secret Tempo" is the sound quality of each member's contributions.  Moritz' tone is lush and robust and owes a great debt to the big sound tenor men that he cites as influences: Ben Webster, Gene Ammons and Coleman Hawkins.  The work of latter day proponents of improvised music on the big horn such as Ellery Eskelin, Tony Malaby, Mark Turner, and John Butcher can also be discerned in his blistering runs, facile use of the altissimo register and tendency to cover the instrument's entire range in a single phrase. 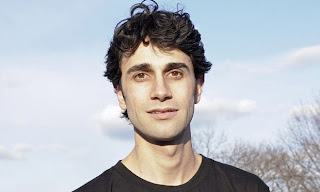 Shayna Dulberger proves to be the perfect foil for a saxophonist as multifaceted as Moritz.  Utilizing the full range of articulations and pitches of the double-bass, Dulberger is equally comfortable sparring with Moritz on TK, laying down bedrock-solid ostinatos (7779) and offsetting Moritz' flurries with measured use of the instrument's low register.  The contrast between pizzacato and arco playing as well as a wide dynamic range are meticulously recorded and showcase both Dulberger's virtuosity and restraint.

Mike Pride's drums offer such a wide range of sounds that the inclusion of other pitched and non-pitched percussion instruments to his arsenal seems almost superfluous.  From the earthy lows of his bass drum to the expert manipulation of cymbals and their overtones, Pride's orchestral palate contributes a third melodic voice to each composition.  His inclusion of glockenspiel and other semi-pitched metal instruments is cogent and expressive, often evoking the sound of "new music" ensembles such as 8th Blackbird and the Bang on a Can All-Stars.

Saxophonist, composer and educator Jonathan Moritz was born in Teheran, Iran in 1977.  He moved at an early age to Southern California where he grew up surrounded by his Persian family and at 17 departed 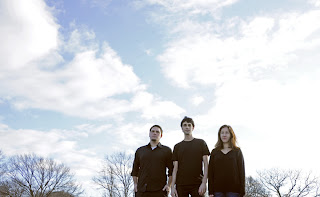 for Europe to study jazz saxophone at the Royal Conservatory of Brussels.

Moritz returned to the US to complete a BFA at California Institute of the Arts ('98-2000) and release his first trio album, Xanadu.  In 2006, Moritz settled in Brooklyn becoming a frequent collaborator with like-minded improvising musicians such as Eugene Chadbourne, Micael Formanek, Mat Maneri, Nate Wooley, and many others.  As a teacher, Moritz has led master classes at the University of Michigan and ISIM conference in addition to teaching instrumental music at the Morris H. Weiss School in Gravesend, Brooklyn.  When he is not playing or teaching, he can be found surfing or running around with his son. Together with his French wife Elodie, he also curates the Prospect Series, an intimate and welcoming house concert series featuring innovative improvisers and Persian stew.

Shayna Dulberger is an upright bassist living and working in New York City. Dulberger has performed throughout the U.S., Canada, Israel, and Europe, and in many festivals and series such as XFest, Rhythm in the Kitchen, KMB Jazz Festival, CMJ, "Brooklyn Next" BAM Festival, the Vision Festival, ABC No Rio's C.O.M.A., and Neues Kabarett's events at the Brecht Forum.recorded. She has also performed with 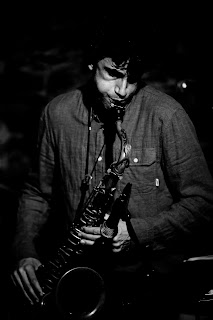 artists such as: Ras Moshe, William Parker, Bill Cole, Stars Like Fleas, and Walter Wright.  Born in 1983 and raised in Mahopac, NY, Dulberger attended Manhattan School of Music's preparatory division during high school and graduated with a BM in Jazz at the Mason Gross School of the Arts, Rutgers University.