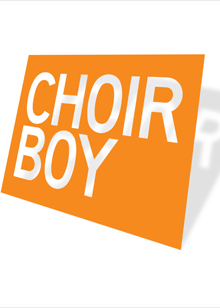 CHOIR BOY was commissioned by MTC with support from Time Warner Inc.

NEW YORK CITY - The Charles R. Drew Prep School for Boys is dedicated to the creation of strong, ethical black men. Pharus wants nothing more than to take his rightful place as leader of the school's legendary gospel choir. Can he find his way inside the hallowed halls of this institution if he sings in his own key?

Tarell Alvin McCraney is author of The Brother/Sister Trilogy: The Brothers Size, In the Red and Brown Water, & Marcus; Or the Secret of Sweet. His other works include Wig Out! set in New York's drag clubs and The Breach which deals with the aftermath of Hurricane Katrina. He was the first recipient of The New York Times' Outstanding Playwright Award, the 2009 Steinberg Playwrights Award, and the Paula Vogel Playwriting Award. Trip Cullman (Murder Ballad) directs.