Last year was a banner year for the merengue master accordionist JOAQUIN DIAZ and his band: following shows in the Yukon, Borneo, Estonia and many other places including a 2-week US tour 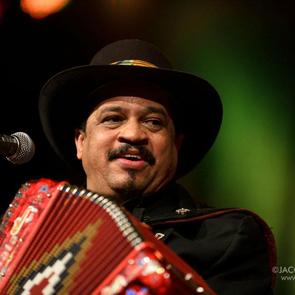 This world-tour followed a super-successful showcase at WOMEX (Spotlight Quebec) in Oct. 2012, where the greatest world music bands on the planet go to strut their stuff: needless to say they reaped the benefits, and more international touring ensued.

In recent months Joaquin Diaz and his band have performed at the Montreal Mundial conference, at Montreal's Francofolies and at the prestigious Babel Med festival a the Dock des Suds, Marseille He has also taken part in a residency in Montpelier France with Colombian/French accordionist Antonia Rivas; their work together will be showcased this summer at several festivals in France: Festival de Thau, Convivencia and Detours du Monde, in July. Immediately following, he continues on to North America, for dates in Vancouver, Victori, Boston, and more. (See itinerary below)

It’s a long way from his roots in San Pedro de Marcoris, in the Dominican Republic, known for two 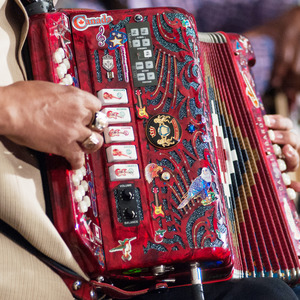 things: baseball and accordions! Diaz’s musical career began on the streets of Santo Domingo when he was nine years old. At the age of twelve, this Dominican king of accordion was playing in the most prestigious Regencies of the capital.

Still in his teens he performed at the Pan-American Games in Puerto Rico accompanying the Dominican Republic’s Ballets Folkloricos. In 1990 Joaquin brought Dominican magic and his accordion wizardry with him to Montreal, Canada, where he now resides. Latino and non-Latino alike have taken to his devilish and envigorating rhythms, and he’s travelled the world as an ambassador of merengue music.

Joaquin Diaz’s enthusiasm on stage is totally irresistible. His light-fingered accordion playing and his infectious vocals drenched in Latin soul make this Caribbean maestro the best of the new generation of traditional folk merengue artists. His repertoire is a mixture of traditional and original tunes characterized by exhilarating rhythms. 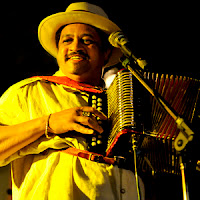 *All Canadian dates  supported by the Canada Council for the Arts