The Bard's Bus Takes The Odyssey on Tour Throughout Southern Ontario to August 18, 2013

The Bard's Bus
Driftwood Theatre Presents
The Odyssey
on tour throughout Southern Ontario
to August 18, 2013

Twenty mortal years Odysseus. No matter what graces the gods heap upon you, you can’t believe you’ll find your home as you left it. 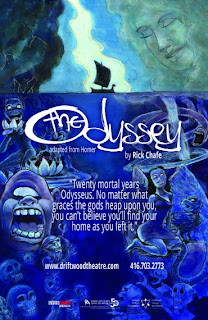 this summer from St. Catharines to Bobcaygeon, from London to Kingston - and all stops in between - on a new classic journey filled with suspense, adventure and excitement! The Bard’s Bus Tour will kick off July 11th, 2013, and tour Southern Ontario with PWYC performances through August 18th, 2013.

“We’re thrilled to be sharing this exciting story, adapted by wonderful Winnipeg playwright Rick Chafe, as The Bard’s Bus Tour’s first departure from the work of William Shakespeare,” offers Artistic Director Jeremy Smith, “We’re exploring Driftwood’s larger mandate of classic theatre - and where better to start than the most epic story of all time?”

Odysseus – the great General of the Trojan war – has been missing at sea for twenty years. His wife, the Ithican Queen Penelope, struggles to maintain the safety of her kingdom, her son and herself in the face of an increasingly hostile hoard of suitors. When a stranger arrives offering the fantastical story of her missing husband does she dare hope that he might still be alive? This summer, Driftwood Theatre takes you on the greatest journey of love, adventure and the search for home ever told: THE ODYSSEY.

Dive into the stories of Odysseus’ adventures in Rick Chafe’s (The Secret Mask; Shakespeare’s Dog) contemporary adaptation of Homer’s classic tale – a wild ride populated with myriad mythical characters and creatures. Gods, Sirens and Cyclops are all brought to life by Driftwood Theatre’s talented ensemble under the guidance of Jeremy Smith (Memorial, Next Stage; Northern Lights, Eastern Fire, Canadian Sinfonietta; 18 seasons, Driftwood Theatre) in this new production, rich with imagery, movement, a 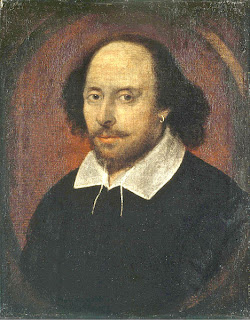 The Bard’s Bus Tour is generously sponsored by Ontario Power Generation. Driftwood gratefully acknowledges the support of The Ontario Arts Council through their Operating, Touring and Arts Investment Fund granting programs, and the Ontario Trillium Foundation.

The Driftwood Theatre Group, founded in 1995, is Ontario’s first and longest running outdoor touring theatre tradition. Working with the best emerging and established artists today, Driftwood celebrates the work of William Shakespeare and other classics through its annual Bard’s Bus Tour, touring to parks and heritage sites and focusing on communities with little or no access to professional theatre. 2013 marked the 10th anniversary of Driftwood’s hugely successful Trafalgar 24 play creation festival in Whitby, Ontario, and the second year of their associated play development program, Beyond The Castle.
homer as theatre outdoor theatre in ontario outdoor theatre in toronto the odyssey toronto theatre scene