“I don't use folklore, I am the folklore,” Brazilian composer Heitor Villa-Lobos stated boldly while on one of many tours in Europe. Able to compose art songs and then go jam with street bands, Villa-Lobos gave birth

to modern Brazilian music, both classical and popular.

“Villa-Lobos is the fountain, and everyone has drunk from it,” Adnet explains.

When not composing his own pieces, or arranging and performing with international jazz greats (including Wynton Marsalis), Adnet has had a lifelong, profound engagement with key Brazilian composers, most notably Moacir Santos and Antonio Carlos Jobim, whose jazz, orchestral, and other works Adnet has painstakingly yet passionately arranged and recorded over the course of several decades. Adnet’s work kept leading him back to Villa-Lobos, and soon Adnet took his interest beyond general awareness, and deeper into the early 20th-century composer’s work. Villa-Lobos was influenced by modernism—from Stravinsky to Schoenberg—but equally powerfully impacted by Northeastern Brazilian traditions. 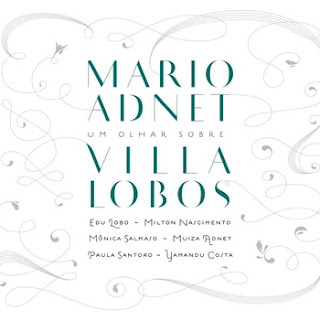 “At the time Villa-Lobos composed many of this tunes, he couldn’t be both a popular and a classical musician,” Adnet explains. “He chose the classical path, but the music didn’t fit very well into that world. He had a lot of songs he called chamber songs, just for lyric voice and piano. Yet the vocals often end up too loud, compared to the piano, with too much vibrato.” Adnet could hear some of his close friends and collaborators doing real justice to the beautiful pieces, with poetry by some of Brazil’s best and motifs based on traditional melodies and tunes. Whether it’s Nascimento’s pure, nimble tenor (the rollicking “Estrela é Lua Nova”) or Salmaso’s velvety alto, Adnet chose well. He transformed pieces like “Canção de Cristal,” which finds a whole new beauty via the evocative voice of singer Paula Santoro.

To balance this new vocal approach, Adnet also crafted new arrangements for Villa-Lobos’s complex piano parts, lines written to accommodate the music, not the player. “I got the sheet music to have the piano parts, to understand what he wrote. I saw how rich they were,” Adnet explains. “I tried to listen and separate vocals from piano, to do a better job and understand the notes.” One he gained this understanding, he brought out the piano parts’ many aspects and intriguing details by thoughtfully assigning Villa-Lobos’s ideas to different sections of the orchestra.

The results are graceful, yet imbued with a pop charm, an accessible, welcoming quality that spans jazz cool, classical stateliness, and BMP flair. Familiar orchestral work—Villa-Lobos’s seminal Bachianas Brasileiras, for example—really swing with a lively mirth that keeps the composer’s skill and art, while adding an extra dimension of color and pulse.

Yet as Adnet worked, he tried first and foremost to remain true to Villa-Lobos’s spirit and ongoing legacy in Brazilian contemporary music. He wanted Edu Lobo, known for his role in the bossa nova movement and his strong ties to Jobim, involved. Lobo had found lyrics dedicated to Villa-Lobos that fit the composer’s 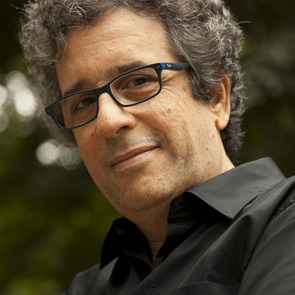 “Trenzinho do Caipira” and recorded his setting in the late 70s. The veteran musician joined up with Adnet to re-record the piece, complete with its original, brassy arrangement.

“I always go very deep when I start something,” explains Adnet. “That’s what makes sense to me, to continue my music.”

Adnet’s partners in this release, Borandá, a young Brazilian label with an ear for diverse, historically important, artistically vital music, appreciates this great depth. “Borandá is all about the diversity of Brazilian music, that is based on several ‘matrixes,’ Villa Lobos being one of the most important,” explains Fernando Grecco, label founder and avid advocate of Brazilian contemporary music. “It was the synthesis of the Brazilian Identity: simple, yet sophisticated, rough sometimes yet sensitive and gentle.”

“Having this Mario Adnet recording, including important, established names like Milton Nascimento and Edu Lobo was a gift for Borandá, and, we hope, for the rest of the world,” enthuses Grecco. “It would be hard to think of a recording that could better represent the history of the Brazilian music in the last century, while including new musicians and singers who have drunk from the fountains of Villa-Lobos and are masters in their own right, artists like Yamandu Costa, Mônica Salmaso and Paula Santoro.”