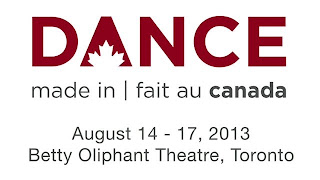 festival, which runs August 14-17 at the Betty Oliphant Theatre in Toronto. 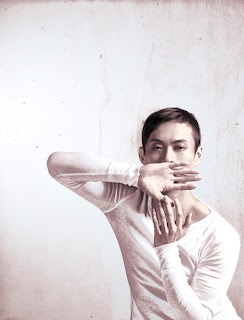 conceptual ideas as varied artists explore their relationship to the world around them.

o TORONTO PREMIERE.  The dynamic Benjamin Kamino / do what you can (Montreal, Quebec) performs an excerpt from Nudity. Desire. His solo embodies the theological framework of the "first nude" or "fall" as a potential origin of language and birthplace of desire as explored by contemporary philosophers Giorgio Agamben, Slavoj _i_ek and Erik Peterson.
o WORLD PREMIERE. Acclaimed choreographer/dancer William Yong (Toronto, Ontario) takes us to imaginary inner worlds through a fusion of biology and technology in his solo that utilizes real time technologies to create interactive visuals and sounds initiated by movement from the human body.


- MORRISON / NG SERIES:
Wednesday, August 14, 9pm | Friday, August 16, 7pm | Saturday, August 17, 2pm
Named after the late, great lighting designer David Morrison, this series is curated by princess productions' Artistic Director Yvonne Ng who selected her artists for their unique approaches to understanding how we find reflections of ourselves in the outside world. 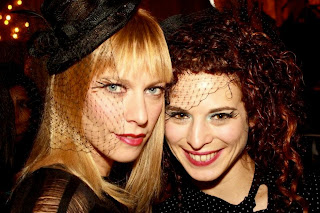 o WORLD PREMIERE. Holly Treddenick and Sabrina Pringle / Femmes du Feu (Toronto, Ontario) premiere The Water's Edge, an aerial dance work about a wise and all-knowing woman who lives on the moon and a mermaid just discovering how the moon and its mistress shape her world - a piece about how everything in the universe is connected.
o TORONTO PREMIERE. Jolene Bailie / Gearshifting Performance Works (Winnipeg, Manitoba) performs Hybrid Human. Based on sketches by Wanda Koop from the early 1990s, this ensemble work for five dancers explores a constructed notion of robots and ideas of disembodied experience, consciousness, creativity, alien intelligence and artificial life. Created in conjunction with Winnipeg Art Gallery's exhibition Wanda KoopŠ on the edge of experience, it has also been performed at the National Gallery of Canada and Ottawa's National Arts Centre.

- VON TIEDEMANN SERIES:
Thursday, August 15, 7pm | Friday, August 16, 9pm | Saturday, August 17, 9pm
Renowned performing arts photographer Cylla von Tiedemann was drawn to the way each of these works highlights the artistry of the performers as well as their deeply woven individual relationships with their choreographers.

o WORLD PREMIERE. Louis Laberge-Côte_ (Toronto, Ontario) choreographs and performs in ... et même après with life partner Michael Caldwell. An intimate duet that questions the opposition between distance and intimacy, it is based on a short study Laberge-Côte originally created for the Kevin O_Day Ballett Nationaltheater Mannheim in Germany while the two dancers lived in different countries for two years. 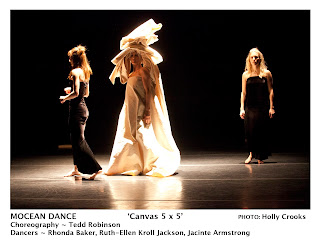 d:mic/fac also features a Late-Night Series of 10-minute works titled What You See Is What You Get. The choreographers, drawn by lottery, are Jamee Valin of Vancouver and Toronto-based artists Amy Hampton, Shannon Litzenberger, skindivers dance company and Throwdown Collective. The Late-Night Series runs Thursday August 15 and Friday August 16 at 11pm. 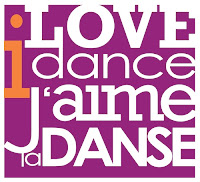 For info and tickets: Call 416 533 8577 or visit online at www.princessproductions.ca