The Miami-based crew recently wowed critics and fans at the Latin Alternative Music Conference (LAMC) in NYC with their new album “Real.”  NPR World Café recently chose Elastic Bond as their ‘Next’ featured artist for the week (in the coming weeks, NPR will also air an Elastic Bond live performance on World 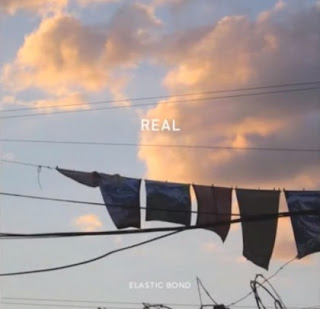 Café).  With the success of “Find A Way” at AAA radio, Elastic Bond has emerged as Nacional Records’ most successful radio act in years.

The new album “REAL” is based on well-crafted pop songs and catchy melodies, with a unique style of urban tropical funk sung in both English and Spanish. There are nods to both classic soul and traditional cumbia, while always staying true to the modern sounds of their diverse hometown of Miami.

With influences from all across the musical map, some classic and some contemporary, Elastic Bond brings an urban edge with a tropical twist to the alternative music scene. With a name that gives reference to an atomic physics concept, Elastic Bond’s groove includes diverse elements, Imagine a colourful, funky and tropical vibe reminiscent of Los Amigos Invisibles, A Tribe Called Quest, Julieta Venegas and The Black Keys.

Elastic Bond is part of new generation of multicultural Latinos who incorporate music from the past in order to make music for the future.  With sultry female vocals reminiscent of Amy Winehouse or Little Dragon, Elastic Bond brings together a retro-futuristic combination of folkloric rhythms and electronic beats.


What started out as a project for Venezuelan producer Andres Ponce to experiment and create a unique sonic cocktail, was swiftly transformed after his harmonic textures were combined with the vibrant voice of Honduran singer/songwriter Sofy Encanto. Andres and Sofy  met through a mutual friend in 2004 while sharing some music, the minute they heard each-others demo tracks, they both wanted to collaborate and make music together, so they started working on random tracks which later led to the creation of Elastic 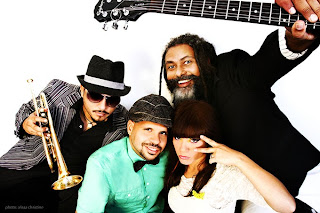 Bond. The name of the band suggests the idea of eclectic sounds and musical genres held together by a common vibe; it was loosely inspired in a molecular chemistry term. In 2006 they released an underground independent album called “Madrugada” a lounge electronica sound showcasing some of Ponce’s instrumentals, some tunes with Encanto’s vocals and also featuring a few guest musicians from the Miami music scene.

Soon Elastic Bond started performing gigs all around town incorporating the guitar sounds of Buffalo Brown and David Burgos on trumpet. While occasionally jamming out new tunes at live shows along with special guests which include “Orion” and Livan Hernandez on vocals they released a second independent album in 2007 called “Excursion”.

Their upcoming New release “REAL” is based on well-crafted pop songs and catchy melodies, with a unique style of urban tropical funk sung in both English and Spanish.  There are nods to both classic soul and traditional cumbia, while always staying true to the modern sounds of their diverse hometown of Miami.