• Vote for the winner here

(Toronto, ON) — Aimia, a global leader in loyalty management, and the Art Gallery of Ontario (AGO) announce the four artists who have been shortlisted for the Aimia | AGO Photography Prize, Canada’s leading international contemporary photography award. The winner of the $50,000 Prize is chosen entirely by public vote, and online is open now at AimiaAGOPhotographyPrize.com and, for the first time, on the 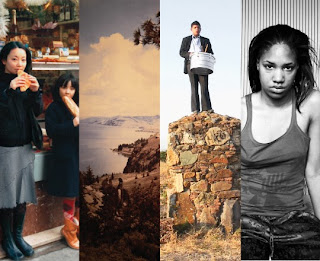 The finalists are: Edgardo Aragón (Mexico), LaToya Ruby Frazier (U.S.A), Chino Otsuka (Japan/U.K) and Erin Shirreff (Canada). As a group, these four artists represent a snapshot of current directions in photography and video, in which images are used to build powerful, complex and often personal narratives.

“One of the approaches I use to process what is happening around me is to use art as a tool for understanding the world.” – Edgardo Aragón

Edgardo Aragón was born in Mexico, and his work invites reflection on the history of violence in his homeland. Deeply engaged with political and social histories of Oaxaca, the province where he was born and still lives, his video and photography often document performance and sculptural interventions against landscapes that appear at once serene and foreboding. His work has been the subject of solo exhibitions at institutions including Museo Universitario de Arte Contemporaneo (MUAC), Mexico City; MoMA P.S.1, New York; and the Luckman Gallery, Los Angeles. 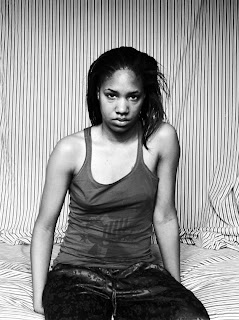 "Relentlessly documenting encounters with Grandma Ruby (b.1925-2009), Mom (b.1959) and myself (b.1982) enables me to break unspoken intergenerational cycles. We are wrestling with internalized life experiences, perceptions of our-selves and familial personas developed by sociopolitical baggage.” – LaToya Ruby Frazier

LaToya Ruby Frazier was born and raised in Braddock, Pennsylvania. Her work is informed by late 19th- and early 20th-century modes of representation in documentary practice. She uses the conventions of social documentary and portraiture to expose untold stories of post-industrial decline in the United States, filtered through the experiences of her own family and community in Braddock. Her work has been shown at the Brooklyn Museum; the Whitney Museum of American Art; MoMA PS1; and the New Museum of Contemporary Art, among others. In 2012 Frazier was appointed critic in photography at Yale University.

“The digital process becomes a tool, almost like a time machine, as I’m embarking on the journey to where I once belonged and at the same time becoming a tourist in my own history.” – Chino Otsuka

Chino Otsuka was born in Tokyo, Japan, and moved to the U.K. at the age of 10 to attend school. Often mining her own autobiography, Otsuka uses photography and video to explore the fluid relationship between memory, time and photography. She has also published four books in Japan as a writer and published her first autobiographical book at the age of 15. Her works are found in public collections including National Media Museum, U.K., Wilson Centre for Photography, U.K., Los Angeles County Museum of Art, Huis Marseille Museum for Photography and Tokyo Metropolitan Museum of Photography.

“Photographs work in two ways: they freeze a specific moment, but then are carried forward in time and accrue these different meanings and relationships. I think in some psychological sense that duality mimics an experience I have of myself, my body – of being both in time and somehow outside of it.” – Erin Shirreff

Erin Shirreff was born in 1975 in Kelowna, B.C., and now lives and works in New York. Her work interweaves photography, video and sculpture to extend and explore the act of looking, asking questions about the often paradoxical relationship between time and space and the image, and the impact of perception on the location of meaning. Recently her work has been the subject of solo exhibitions at the Contemporary 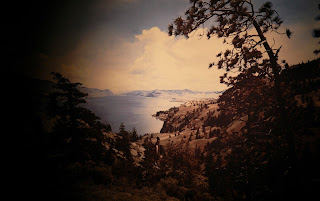 Art Gallery, Vancouver, B.C.; White Cube, London, U.K.; Agnes Etherington Art Centre, Kingston, Ont. Her work is also in the collections of the Solomon R. Guggenheim Museum; the Museum of Fine Arts, Houston; and the Metropolitan Museum of Art, among others.

A jury of three—made up of lead juror Elizabeth Smith, former AGO executive director of curatorial affairs and current executive director of the Helen Frankenthaler Foundation in New York; Urs Stahel, director, curator, and editor of Fotomuseum Winterthur; and artist Kader Attia—selected the four finalists from a long list of 14.

“The jurors were delighted with the strength and diversity of the long-listed artists,” said Smith. “In choosing the four finalists, we responded most to qualities that made the work fresh, powerful and original in some way. We looked for strength, coherence and consistency in the interplay of imagery and content and selected the artists whose work made the most pronounced impact on all of us.” 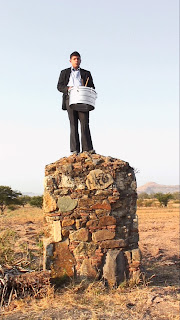 These artists will receive a fully funded six-week residency in Canada next year, and their work will be exhibited at the AGO beginning Sept.11, 2013. A free public launch party will be held at the AGO that night, with presentations by nominators and members of the jury about each of the four artists. The following evening, Sept. 12, 2013 at 7 p.m., the four artists will speak at a special panel event at the AGO alongside Smith; AGO associate curator of photography Sophie Hackett; and nominators Jennifer Blessing, senior curator of photography at The Guggenheim; and Helga Pakasaar, curator at Presentation House Gallery, Vancouver. Tickets to the event are available now.

The winner will receive $50,000 CDN and the three remaining finalists will each receive a cash honorarium of $5,000 CDN. Online voting begins today at AimiaAGOPhotographyPrize.com and is open until 11:59 p.m. on Nov. 5, 2013. For the first time, voters can also make their choice via Facebook at Facebook.com/AimiaAGOPhotographyPrize. Users who vote on Facebook can also enter for a chance to win a trip to the winner announcement event on Nov. 7, 2013, at the AGO’s popular First Thursdays art party.

For updates on the Prize, further details on the shortlisted artists and additional information, please visit AimiaAGOPhotographyPrize.com and follow @AimiaAGOPrize on Twitter.