A puzzling and intriguing challenge from an Egyptian cab driver in New Orleans inspires an impulse purchase of an alluring album in a used CD store. The album inspires a search for a difficult to find instrument, which in 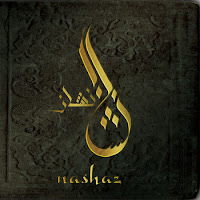 turn takes a jazz player to a radically different approach.

Arresting and compelling, Nashaz will immediately engage fans of Arabic music, jazz, and masterful oud playing. Prunka’s 1930s Nahat oud takes center stage, and moments like the declamatory opening phrases of the oud solo on “Hijaz Nashaz”; the mysterious melody of “City of Sand”; and the fiery solo on “Jurjina” reveal a depth of understanding of ornamentation and phrasing that prove Prunka as a serious contender on the instrument. As a composer, Prunka successfully blurs the lines between two sonic worlds, creating music that showcases the best of both, while striking out in stirring new directions.

At first, Prunka was somewhat puzzled when the cab driver who was just taking him to the next jazz gig suggested that Prunka play the pear-shaped, lute-like oud because “it is the most beautiful instrument in the world”. But not long after this encounter, Prunka stumbled upon an oud album in a used record store and was instantly hooked. “It just resonated with me, connected in a way that I can’t quantify.” Prunka explains his lifelong attraction to Middle Eastern music: “it was simple things, at first”—a snippet of Arabic music in a 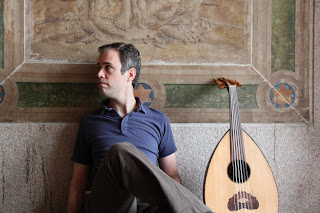 film, a moment of exoticism in a Beatles tune. “Whenever anything like that happened, a little light would go on. When I finally heard the real thing, it was like ‘oh, so this is what I wanted to hear’.”

It wasn’t long before Prunka came to realize that the Arabic music he was enamored of had more in common with jazz than it seemed on the surface. “[There’s] a lot that is potentially in common in the two musics,” Prunka states. “Both prize improvisation and rhythm. There are these concepts in Arabic music of intertwining ecstasy and melancholy—it can’t be purely happy or sad. I think great jazz also often has that kind of intertwining, though it might not be described that way.”

Prunka became the next step in a loosely established tradition of fusing Arabic music and jazz, starting as early as 1958 when Thelonious Monk’s bass player, a New York native of Sudanese descent named Ahmed Abdul-Malik, put out Jazz Sahara, the first in a series of oud-meets-jazz records that he would release well into the 1960s with bands that combined die-hard jazzers like saxophonist Johnny Griffin with some of New 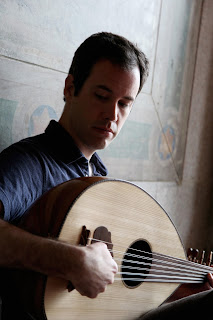 York’s finest Arabic musicians. That first oud record that Prunka found was Rabih Abou-Khalil’s Al Jadida, which featured Sonny Fortune and other musicians who he knew from their jazz work. These collaborations thrilled Prunka and he took up the challenge of melding two very different approaches to musical creativity.

A composer as well as an instrumentalist, Prunka began writing for his new musical interest as he learned about it, and the compositions on Nashaz reflect his training in Arabic music while keeping one foot firmly planted in the jazz world. He tends to avoid the jam session-inspired ‘head-solo-head’ format of most small group jazz formats in favor of through-composed pieces that glean more from the Ellington/Mingus big band tradition than from hard bop-flavored combo jazz. “Composed and improvised sections tickle different parts of the brain,” Prunka muses. “It gives people a break, so they don’t get bored with either one. I try to write the music in such a way that the improvised sections become part of the composition.”

These compositional influences are evident throughout Nashaz. Khartoum, with its loping 6/8 rhythm, could be from North Africa—but there’s that Mingus style call and response in the middle, a technique also found in a kind of old Arabic song called muwashshah. The humorously titled “Qassabji's Nightmare” is reminiscent 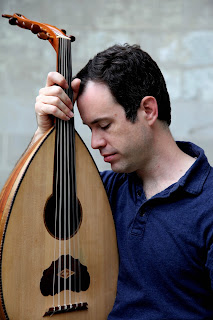 of Ellington’s longer suites, rapidly evolving through several different modulations in honor of Mohammad el-Qassabji, the beloved Egyptian oud player and composer who was fond of throwing in seemingly jazz-inspired chromatic lines into his songs. “I imagined Qassibji having a dream where he time travels to now, hearing this piece of music and being slightly bewildered and horrified by what he inspired,” Prunka jokes.

From the melting pot of the Big Easy to that of the Big Apple, from playing improvised American jazz to improvising over original Arabic inspired compositions… maybe it’s not such a strange trip after all. “All I can do is reflect my own cultural background and experience,” Prunka states. Nashaz reflects the best of both worlds and fans of jazz, Arabic music, and great instrumental playing and composing will find much to enjoy on this release, due out Sept 17.