A Canadian Stage production in association with the Theatre Department, Faculty of Fine Arts at York University

Toronto, ON – Canadian Stage opens the 2013.2014 theatre season at the Berkeley Street Theatre with two plays by Québécois playwright Sarah Berthiaume, directed by the inaugural graduates of York University’s MFA Program in Theatre - Stage Direction in Collaboration with Canadian Stage, Ker Wells and Ted Witzel. The Flood Thereafter, a twisted fairytale stretching from the historic roots of ancient Greece 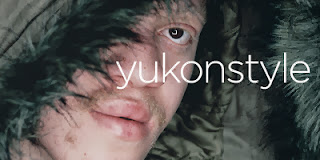 to a small village in Quebec today is helmed by Wells and is on stage September 22 to October 6. Yukonstyle (directed by Witzel) begins previews October 13.

“Sarah Berthiaume is one of the most interesting voices to come out of Quebec these past 20 years. Her writing is startlingly original, incisively poetic and very meaningful,” said Matthew Jocelyn, artistic & general director of Canadian Stage. “Pairing these bold plays will enable audiences to discover the great range of this essential new voice of Canadian writing, brought to the stage by the two first graduates of York's MFA program in stage directing in collaboration with our company. We are incredibly honoured to present this work for the first time in English outside Quebec.”

An arrestingly honest and poignant exploration of what it means to be a young Canadian living in the north, in Yukonstyle, three unlikely roommates are enduring the harsh Whitehorse winter as the 2007 Robert Pickton murder trial plays out on the TV. One of them, Garin, must confront the mystery of his missing aboriginal mother's identity as his father dies of liver failure and threatens to take her story with him.

Yukonstyle is a play for the new generation of Canadians who are less concerned with what it means to be “Canadian” than they are with how to get by in this country of mountains, bison, fast food, serial killers, and snow.