NEW YORK CITY - On its newest album Red Hot, to be released on Hot Cup Records on September 24, 2013, Mostly Other People Do the Killing (MOPDtK) - a fearless ensemble that is one of the most 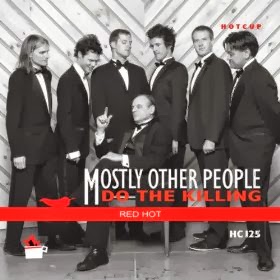 For this project, MOPDtK has expanded its lineup to a 7-piece version which adds veteran New York journeyman Dave Taylor on bass trombone, Brandon Seabrook on banjo, and Ron Stabinsky on piano, each of whom has a lengthy history with MOPDtK.Their inclusion amplifies and clarifies the already well-known and acclaimed approach of the band.  They fit seamlessly with the band's eclectic aesthetic, as each soloist demonstrates a deep understanding of music history, the ability to seamlessly incorporate extended techniques, and a propensity to juxtapose disparate musical styles.

Despite sounding wildly different, Red Hot follows the same conceptual approach as MOPDtK's previous Hot Cup release, Slippery Rock.  For both projects, Elliott immersed himself in the music of a specific time period and searched for musical elements that were unique to each genre.  In the case of  Slippery Rock, the source material in question was classic smooth jazz of the mid 1970s to 1980s.  For Red Hot, Elliott investigated the formal structures of jazz and blues recordings of the late 1920s and early 1930s. He highlighted  the frequent use of modulations, stop-time sections, alternating solos and tutti passages, uneven phrase lengths and shifts in meter as essential elements to that time period's music that are underutilized by early 21st century jazz composers.

Yet rather than attempting to simply recreate the music of 80 years ago, Elliott incorporated these idiomatic structural elements into his own unmistakable compositional style.  Anachronistic juxtapositions occur frequently but are somehow unified, as music spanning all of the last 80 years is shaped into a decidedly contemporary composite sound.  Of particular note is Elliott's use of unaccompanied solos in the form of introductions, cadenzas and stop-time passages to allow the compositions to be partially defined by the whims of his band members.  Elliott's Ellingtonian arrangements make full use of the orchestral palate the expanded ensemble offers him while highlighting the specific talents of each musician.

The opening track, "The Shickshinny Shimmy," utilizes an idiomatic double-time feel while the saxophone intones the melody before settling into the slower tempo.  Relaxed swing alternating with hard rock power chords serves as the accompaniment for a trombone melody before transitioning to a shout chorus.  The 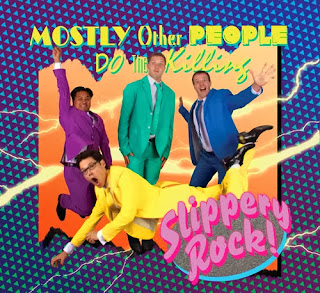 soloists first improvise over a modal vamp before moving on to the coda, a constantly rising vamp based on the idea of the Shepard tone.

"Zelienople" is introduced by drummer Kevin Shea after a lengthy drum solo in which he explores the large, 1930s vintage Slingerland drum set he plays throughout the album.  The jaunty opening melody stated by Peter Evans on trumpet is surrounded by collective improvisation and wild shifts in tempo and style by Shea's drums.  The second theme, a unison banjo and bass trombone melody, is played at a half-time tempo before the trombone returns to the opening phrase punctuated by stop-time figures in the ensemble.  Dave Taylor's bass trombone solo continues over a stride piano accompaniment before the rhythm section re-enters and this solo form is repeated for Evans' trumpet.

The title cut opens with a banjo and electronics solo in which Brandon Seabrook manipulates sine waves while interjecting acoustic banjo phrases.  The composition itself is a mash-up of at least five different songs by The Red Hot Chili Peppers, a band that profoundly influenced composer Elliott during his formative years in the early 1990s.  Other compositional elements such as the double-time piano solos and some formal elements were derived from the Jelly Roll Morton compositions for his band, The Red Hot Peppers.  Most of the expropriated melodic material has been adapted to blues harmonies and each member of the ensemble is given ample solo space.

After a masterful opening solo by Ron Stabinsky that contains more quotations and references than this space allows, "King of Prussia" begins with a series of piano cadenzas before being joined by the C melody saxophone to intone the slow swing theme.  The second statement of the theme by Seabrook's bowed banjo segues into an improvised trio with piano and drums that veers into radically different musical territory.  Seabrook brings the ensemble back in for a stop-time trumpet solo in which each solo break is of a different duration.  Trumpeter Peter Evans explores a wide variety of sounds before the coda brings the tune to a close with erie electronic effects by Seabrook.

Bandleader Elliott opens "Turkey Foot Corner" with an unaccompanied bass solo interweaving gilssondi, double-stops, triads and large intervalic leaps.  Once a steady pulse is stated, the rest of the band enters, improvising around the steady quarter note tempo.  The harmonized melody seems to get stuck like a skipping CD for a different number of beats on each chord before it is clearly stated.  The opening quarter note motif briefly recurs as a lead-in to an unaccompanied bass trombone solo by Dave Taylor in which he makes use of his collection of personally modified mutes.  After the original tempo returns, a trumpet solo leads the ensemble to the coda.

"Seabrook, Power, Plank" is a three-Pennsylvania-town named adaptation of the name of Brandon Seabrook's power trio, "Seabrook Power Plant."  This composition seems to set up a stop-time solo which abruptly cuts out, leaving the soloists, in this case Jon Irabagon on C melody saxophone and Brandon 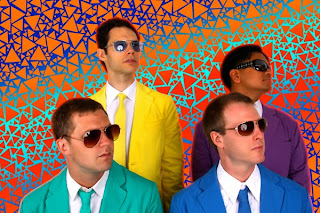 Seabrook on banjo, to their own devices.  These cadenzas are interrupted by a deliberately awkward Latin jazz motif that bridges the divide between the two stop-time sections.

With a title that adapts a Pennsylvania town name to reference a Charles Mingus title, "Orange is the Name of the Town" is a waltz modeled after Paul Whiteman and other "sweet" dance orchestras of the late 1920s.  After the Whiteman-esque opening melody, a bridge culled from the wreckage of Disney soundtracks leads to a 3/4 vamp reminiscent of the Africa Brass sessions by John Coltrane.  Pianist Ron Stabinsky is then charged with transitioning from a McCoy Tyner-esque foray into the world of pentatonics and fourths to a Vienese waltz, a feat managed with great aplomb.  Seabrook's banjo, in the role of descant soloist, swirls around the tutti ensemble shout chorus and continues after all the other members have packed up and gone home.

The 12/8 blues, "Gum Stump," opens with a duet between Evans' trumpet and Irabagon's soprano saxophone.  The tempo is introduced by one of many adaptations of guitarist Robert Johnson's idiomatic interjections.  Johnson's country blues style is often characterized by the addition of beats to certain measures to conform to his fills and interjections.  This idea serves as the basis for Elliott's composition which regularly adds beats to certain measures in which sax and trumpet imitate Johnson's guitar behind a melody stated emphatically by bass trombonist Dave Taylor.  Taylor continues as soloist over several choruses to invoke the history of the blues from Johnson to André 3000 before restating the melody.

If any Pennsylvania town name begged to be adapted into a jazz composition title, it is the village of "Bird-in-Hand."  This up-tempo composition features two main themes, one major and one minor, and explores the pre-bebop jazz vocabulary as well as elements of Gershwin's "An American in Paris" and "Rhapsody in Blue."  Irabagon's soprano saxophone is the lone soloist on this closing number which brings the proceedings to an abrupt and emphatic end. 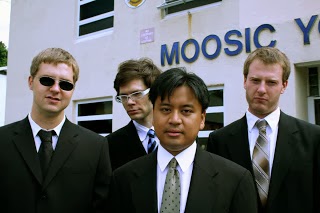 In 2010, trumpeter Peter Evans was named as one of the 5 "Musicians of the Year" for the second year in a row by All About Jazz New York. Evans performs with two collaborative trios (Mary Halvorson and Weasel Walter, and Tim Dahl and Mike Pride), his own quartet and quintet, and a variety of other ensembles in addition to releasing music on his own label, More is More Records.

Dave Taylor is one of the most prolific and sought-after bass trombonists in history.  Over the course of his forty year career he has performed or recorded with everyone from Duke Ellington to Pierre Boulez to the Rolling Stones to Jay-Z.  Recently he has performed Daniel Schnyder's bass trombone concerto and toured with the Orpheus Chamber Orchestra and Brad Mehldau. 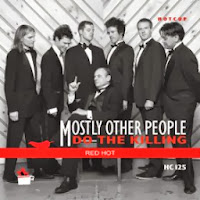 Brandon Seabrook was chosen by the Village Voice Best of NYC issue as the city's top guitarist, but he is best known  for his banjo playing.  As the leader of his own ensemble "Seabrook Power Plant," he has recorded two albums for Loyal Label, the most recent of which was called "a manic clusterfuck of merciless banjo torture" by the Village Voice.

Ron Stabinsky is a mercenary pianist based in northeastern Pennsylvania.  When not crisscrossing the northeast from gig to gig in his Prius, Ron presents concerts at St. Stephen's Church in downtown WIlkes-Barre and performs with a variety of improvising ensembles including the Peter Evans Quartet.

Bandleader, bassist, and composer Moppa Elliott spends most of his time educating and coaching his students at St. Mary's High School.  His Hot Cup Records label has released Jonathan Moritz Secret Tempo and MOPDtK's Slippery Rock this year.   He has appeared in the Downbeat Critics' poll several times as a "Rising Star Composer".

Drummer Kevin Shea has been a mainstay on the experimental music scene since the mid 1990s.  His duo Talibam! with Matt Mottel has released two recent albums: Atlantass, a theatrical piece featuring Sam Kulik, and Puff Up the Volume, a foray into the world of rap and hip-hop.  Shea was recently named "Best Drummer" in the Village Voice's Best of NYC issue for 2012, a title he has deserved for over a decade.